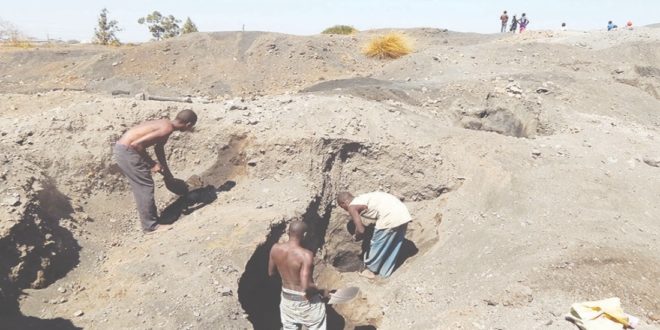 Anglo American is facing a huge class lawsuit for its past corporate practices over lead poisoning in Zambia’s Kabwe town.

Johannesburg-based attorneys Mbuyisa Moleele and London based human rights law firm Leigh Day are preparing the case and an application to certify a class action will be filed in Johannesburg High Court. This is seen as a necessary first step in a class action against Anglo American.

India mining giant Vedanta Resources which the Zambian government does not want anymore, is also connected to Anglo-American.

The case of lead contamination involving Anglo stems from health issues linked to Kabwe, which Leigh Day said in a statement was once the world’s largest lead mine and operated from around 1915 to 1974.

However the diversified miner argues that the operation was nationalized and has been operated by the government for over two decades.

Anglo was one of the 6 companies involved in the R5bn silicosis class-action case in SA brought on behalf of former gold miner made ill by inhaling silica dust.

“The purpose of the action will be to secure compensation for victims of lead poisoning, including the cost of an effective medical monitoring system for blood levels among the community,” the two firms said in a statement last week.

They argue that the mine was “owned and operated and/or managed” by Anglo American SA between 1925 and 1974; the operation’s “most productive period”.

“It is alleged that during that time Anglo SA played a key role in the management of the medical, engineering and other technical services at the mine, and that it failed to take adequate steps to prevent lead poisoning to the local residents.” The lawyers said.

In its defense, Anglo said on Friday it was “one of a number of investors in the company that owned Kabwe mine.”

“Anglo American was however at all times far from being the majority owner. In the early 1970s, the company that owned the mine was nationalized by the government of Zambia and for more than 20 years thereafter the mine was operated by state-owned body until its closure in 1994,” the London based miner said.

‘Since the nationalization more than 40 years ago the effectively placed these issues under the control of the Zambian government, we are not in position to comment further about the matter, but we certainly do not believe that Anglo American is in any way responsible for the current situation.’

The Human Rights Watch has published a report that puts Kabwe as the most toxic town, having disastrous effects on children’s’ health.