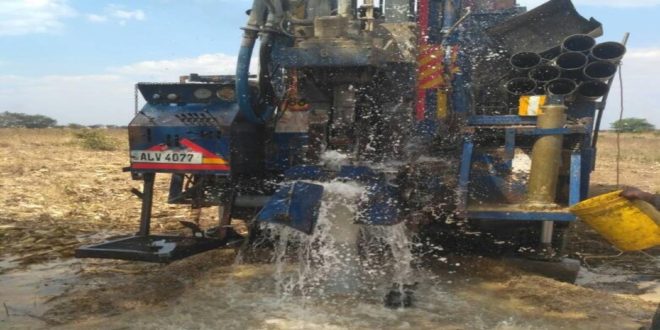 The community water, sanitation and hygiene training comes after revelations by the Department of Water Resources Development that about 30 percent of the rural water facilities constructed and installed by government and cooperating partners were dysfunctional due to lack of operation and maintenance knowledge by intended beneficiaries.

Facilitated by the Department of Water Resources Development and Sanitation under the Ministry of Water Development, Sanitation and Environmental Protection and sponsored by Kalumbila Minerals, the training is part of community development commitment.

“This is in line with government policy, Vision 2030 and United Nations Sustainable Development Goal number 6 to provide clean and safe water. I urge other cooperating partners to emulate what Kalumbila Mine is doing. They have not only provided water but also partnered with government to train people on operations and maintenance to sustain these water facilities,” said Chingwalala.

He appealed to the community to take up ownership of the schemes because the solution to any problem they may encounter lay with them and therefore the onus was on them to take full responsibility.

“This training is addressing the problems that they might encounter even after the mine operations end,” Chingwalala emphasised.

Speaking at the same event, provincial water and sanitation officer, Engineer Gift Moonga added that the training was very important because operation and maintenance was cardinal to the sustainability of rural water facilities.

He said that most of the water facility infrastructure constructed by partners was run-down and community members had resorted to drinking water from unprotected water sources because operations and maintenance was not emphasised and addressed in the initial stages.

The community water upgrade project is aimed at facilitate access to clean water by community members by sinking deep boreholes going down to 130m, bypassing the upper iron-rich water aquifer, which naturally affects the water quality.