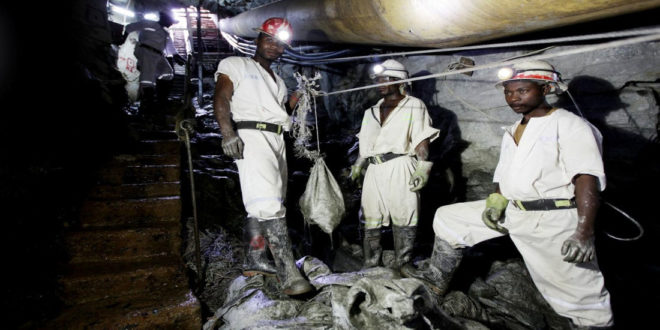 Dismissal of miners due to non-renewal of contracts-KCM

Evans Mumba May 10, 2019 Hot, Local News, News, Top Stories Comments Off on Dismissal of miners due to non-renewal of contracts-KCM 838 Views

Over 400 miners belonging to three contractors at Nchanga underground mine in Chingola have been dismissed by Konkola Copper Mine (KCM).

This follows the non-renewal of expired contracts for the three drilling companies namely Elioyoni, Lukoria and Mpelembe.

KCM Corporate General Manger Eugene Chungu made mention that Nchanga underground mine had been under care and maintenance for a long time, hence the laying off of some miners.

However, Chungu said 43 workers from Mpelembe drilling have been retained for critical jobs to be working hand in hand with Konkola Copper Mine staff.