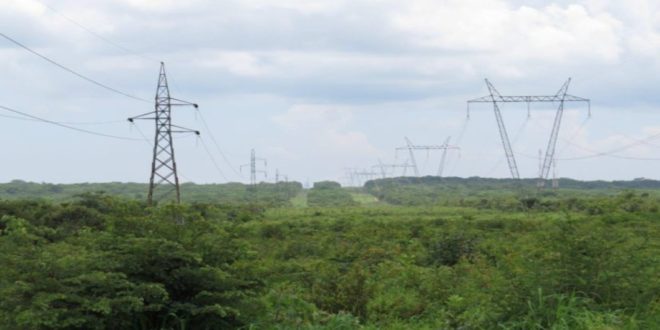 This sad state of the natural environment has caught CEC’s eye and, consistent with its values, the Company is doing something about it.

“CEC recognises the depleting vegetation and deforestation in the province due to human-economic activities such as charcoal-burning and infrastructural development,” observed the Senior Manager for HSES and Risk, Caroline Sinkamba.

Sinkamba said infrastructural development in the province, some of which is uncontrolled, has had its toll on forest resources which act as a carbon sink for the emitted carbon dioxide in the atmosphere.

In addition, the infrastructural development activity has also pulled migrants from other provinces, adding to the already fast-growing population. Hence, placing more pressure on the forest resources and reducing their capacity to mitigate the effects of climate change.

On the other hand to contribute to the restoration and management of forests in the Copperbelt, CEC has partnered with the Forestry Department under the Ministry of Lands and Natural Resources. Using the Mwekera Forest Protected Area, CEC will plant trees in five of the ten districts where its power transmission lines pass.

The programme will focus on rehabilitating most of degraded forest areas and/or river catchment areas in forest reserves as well establishment of small woodlot plantations.

Sinkamba said that the company also recognizes that tree planting or reforestation has a number of benefits on the chemical, social and biological levels, and wishes to realise the benefits that good environmental stewardship brings to the environment and sustainable business.

CEC has, in part, been motivated to undertake this replanting exercise as a corrective measure to mitigate losses that are brought about by its expansion activities. The objects of this undertaking, therefore, are to attain evidenced biodiversity offsets for various projects undertaken by CEC, reduce the overall amounts of carbon gas in the atmosphere for example carbon dioxide and methane, which are dangerous and significantly contribute to global climate change, reduce and avoid soil erosion.

The programme is part of CEC’s commitment to the environment in a practical way by carrying out an annual programme covering one hectare per district.

The project has kicked off with a donation of 4,100 seedlings of indigenous trees to be planted at the source of Mwekera River in Ndola, as part of a 5-year plan to rehabilitate degraded forest areas and/or river catchment areas in forest reserves.

Share
Previous Trident acquires royalty over Zambian copper mine
Next Part of Nchanga open-pit mine about to collapse, says CEO