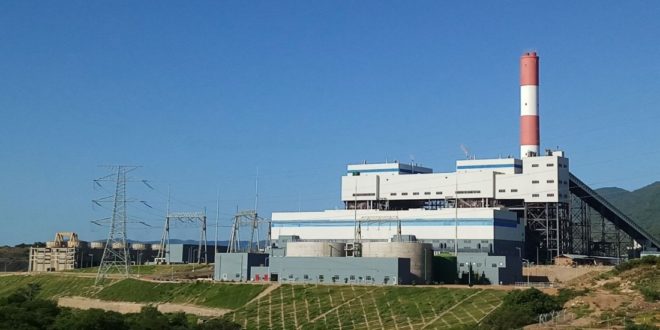 MAAMBA Collieries have confirmed that they are now running at their full capacity despite facing financial challenges.

The 300 MW coal-fired power plant has resumed full capacity operations and is supplying the full contracted power to ZESCO.

The country’s largest independent power producer is now supplying almost 25 per cent of the nation’s power, based on the estimated 1,080 MW of power currently being distributed in Zambia.

Confirming the improvement was the company’s CEO, Rear Admiral Venkat Shankar who also attributed the development to sustained efforts by the management.

“We are happy to inform that both 150 MW power units at Maamba Collieries are now running at their full capacity thanks to sustained efforts by the management with the equipment suppliers, despite being hampered by lack of funds”, said Chief Executive Officer Rear Admiral Venkat Shankar.

While referring to the recent shutdowns reported in the media, he added that the modern, eco-friendly coal-fired power plant – the only one of its kind in Zambia is complex, and due to the nature of its operations, needs periodic robust maintenance and specialised technical support, which comes at high costs and cannot be ignored if production is to be assured. He added that MCL has been facing challenges on this account due to shortfall of funds.

In this context, the CEO said the recent tariff revision augurs well for the energy industry in Zambia as it should allow ZESCO to make timely payments to its power suppliers like Maamba Collieries, which would ensure proactive maintenance of the power plant and improve the availability of power.

The present shortage of rainfall in the country has reduced the power generation capacity from ZESCO hydro plants drastically, and energy producers like Maamba Collieries, which are not dependent on rainfall, play a key role in the managing energy deficit using resources available in Zambia without recourse to imports.

Meanwhile, Maamba Collieries will be working with ZESCO to ensure schedules for mandatory major overhauls are adjusted as far as possible to accommodate ZESCO’s requirement of power and to minimise disruption of the nation’s energy supply, the company added.

Rear Admiral Shankar said: “While the last few months have been very challenging for Maamba Collieries due to shortfall in funds, we will strive to provide uninterrupted power to ZESCO, which will reduce the effects of the current electricity deficit. MCL supplying full output capacity, barring scheduled maintenance breaks, can be a reality in the coming months with ZESCO meeting its payment obligations to MCL in full on the back of additional revenue from the tariff revision and the continued support of Government”.

Finance Minister Hon. Dr Bwalya Ng’andu and Energy Minister Hon. Matthew Nkhuwa inspected the Maamba Collieries plant on November .2.2019, to obtain a better understanding of the operations of the thermal power plant and the challenges faced.