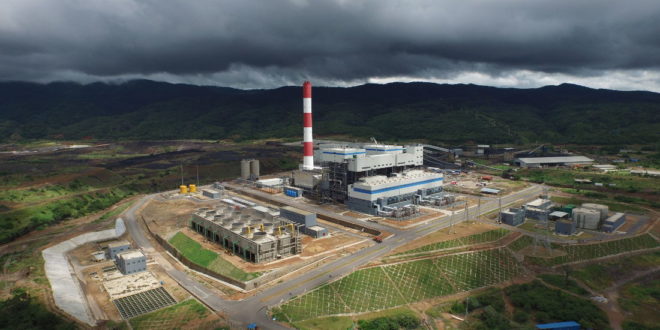 The Zambia Consolidated Copper Mines-Investment Holding (ZCCM-IH) minority shareholders aired out that the step to cancel Vedanta Resources mining license was conducted in a hurry as the latter currently has no capacity to run the mines.

In accordance to a statement availed to the media, Thierry Charles who spoke on behalf of the Euronext Minority Shareholders of ZCCM-IH made mention that though behind government’s decision to liquidate Konkola Copper Mine(KCM), the decision to revoke Vedanta’s license seems to have been taken in haste without preparation and anticipation.

“Due to our meagre resources, our company does not have the financial means to maintain KCM mines in operation or maintenance over the long term as evidenced by the liquidation of former lime jewel Ndola Lime Co.

We have helplessly witnessed it’s unfortunate management and inadequate industrial investments. In the end, more than $100 million went up in smoke. Therefore, this additional charge related to KCM will compromise the viability of our holding company ZCCM-IH,” Charles said.

“Furthermore, it is imperative that the future owner of the largest copper mine makes full commitments in a serious industrial project and a fair redistribution so that the Zambian people can finally benefit from the wealth of its mining subsoil and thus initiate the development of the country.”

He stated that ZCCM-IH’s minority shareholders would constantly monitor the situation at KCM.

“Whatever the future shareholding structure that will subsequently be adopted for KCM’s assets, the minority shareholders of ZCCM-IH will continue to look with their thoughtful and watchful eyes at the situation, the people of Zambia having been robbed for far too long,” said Charles.

He, however, stated that the minority shareholders of the ZCCM-IH supported the decision of the Zambian government, the company’s shareholder, to proceed with the liquidation of KCM.

“For many years, we have wanted strong measures to be taken against mining companies that do not play the fair game with the people of Zambia and ZCCM-IH.

For too long, these companies have abused the caring of different Zambian governments, anxious not to hurt international investors and to preserve employment in the Copperbelt. After the appointment of our new chairman Eric Silwamba, we urged him to bang his fist on the table and to get the profiteers on right track in a letter ate 12 September, 2018,” Charles said.

He doubted Vedanta’s claims of having kept the mine going without making profits.

“As it is to Glencore and its Mopani subsidiary, how can we really believe that Vedanta have kept the mine all this time if it didn’t generate profits? ZCCM-IH got only miserly crumbs during Vedanta’s operation of the KCM mines.

“The $3 billion investment announced is Vedanta’s sole commitment, the port state of KCM’s facilities appear to contradict this allegation. For several days, Vedanta has been trying to justify the inevitable dramatic situation of KCM but insist on keeping and running the mine,” Charles said..

Charles further stated that unconfirmed reports suggest that FQM has proposed to buy back 20 per cent Kansanshi shares for $700 million.