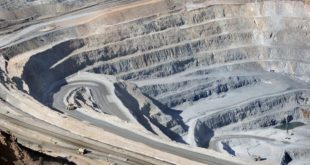 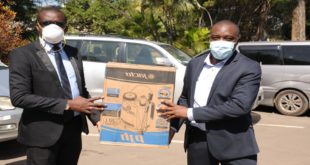 SANDVIK ZAMBIA STEPS UP TO ASSIST IN COVID-19 RELIEF EFFORTS

Zambia will not reverse the 20 percent mineral tax implemented last month, despite protests from mining firms operating in the country.

The government has maintained that the revised rates from three to eight percent for underground mining and six to 20 percent for open pit operations was ideal for any mineral business to flourish.

The move is a direct threat to 4,000 jobs at Lumwana Mine near Solwezi whose holding company, Barrick Gold of Canada has indicated it will proceed with the suspension of work at the outlet in Zambia’s Northwestern province.

There is panic and tension, at the mine, among workers following the government’s upholding of the hitherto controversial tax.

“There is a lot of tension here, though many of us are prepared to go if they offer us good packages,” sources told the Zambian mining magazine.

“Some managers are bragging too much that they can pull out as they did in Tanzania, just a few years back,” the sources added.

In Tanzania, according to workers, those who lost jobs in a similar exercise were paid 26 months’ salary. But here the company is reportedly offering two months pay for each year served.

“So as we are talking to you now, the union is fighting that we get similar packages given to our colleagues in Tanzania,” the sources revealed.

Barrick announced last December it would suspend operations and eventually pull out if government does not reverse the royalty tax. The company citing the drop in copper prices argues that the new levies would trigger production costs upwards.

Government and Barrick have since been having discussions with a view to resolving the matter. After the news that the tax won’t come down, Barrick has maintained it will go ahead with the suspension of activities at Lumwana next month.

Mines Deputy Minister Richard Musukwa said the reasons given by the Canadian multinational could not hold water because the revised mineral tax was conducive enough for mining companies operating in Zambia. 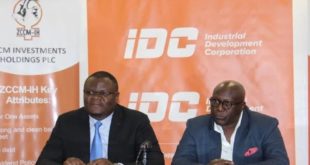