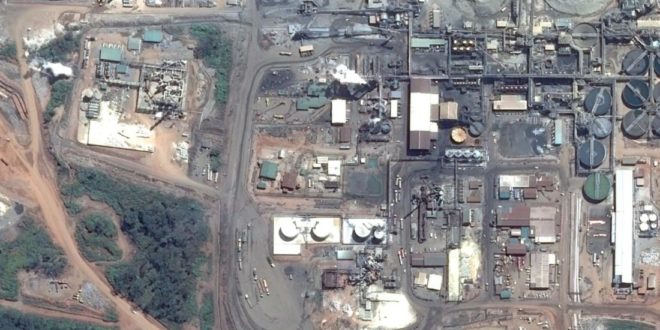 Pollution of the natural environment is generally viewed as an inherent consequence of the complexity of large-scale commercial mining, which often negatively affects communities when harmful emissions find their way into the environment.

To minimise the negative impact on the environment, First Quantum Minerals’ Kansanshi Mining has established a pioneering water recycling system using the latest technology to prevent effluent from getting into external water bodies.

Arnold Malambo Environmental Manager at Kansanshi Mine says there are three main sources of contaminated water on a mine site – process water, mine drainage and surface run-off.

“Water is a very important resource in mining. Without adequate amounts of water, your processing can be affected,” Malambo said.

First Quantum said water used in mineral processing will inevitably come into contact with metals and generally, metals, particularly those dissolved in water, are not environmentally friendly.

The mining industry regulations dictate that any water a mine discharges into the environment must meet strict standards set by the Zambia Environmental Management Agency (ZEMA) to avoid it becoming a pollutant.

Malambo notes that meeting minimum compliance standards regarding environmental pollution is a common problem for mines the world over.

“What we have done better than other mines is that we have been able to maintain a zero rate of discharge into the receiving environment,”he said.

In 2015 Kansanshi developed a rigorous water recycling system to ensure contact water does not reach the natural environment even after it had been treated in the sedimentation ponds along the mine’s water treatment system.

Any incidental overflows from the process plant go through a series of sedimentation points where solids are settled before going to a final pond at the compliance point.

The treated water is pumped back to the process system for reuse through a 1.7 kilometre long pipe.

The mine, which is also Zambia’s largest taxpayer, has installed an automated monitoring system to ensure the effluent remains within ZEMA’s minimum requirements. The system also has an early warning system that generates ‘SMS’ notifications to Environmental and Process staff if water levels approach a critical point, to avoid pond overflows.

“Over the last three to four wet seasons, we have only had no more than five instances when we discharged effluent into the environment via our discharge point licensed by ZEMA.

“This is a rare fit for a mine not only in Zambia but across the globe, especially considering that heavy rainfall tends to increase the amount of water in the holding ponds hence the need to discharge,”explained Malambo.

“We have done a number of random inspections at FQM, Kansanshi mine looking at their water handling system and our results show no evidence of pollution from the mine in the area’s surface water. This is the water in Kifubwa and Solwezi River as well as Mutanda stream,”said Songwe.

Songwe described FQM’s water handling system as a standard for other mining companies to follow.

“This system is the standard that other mines should follow. We would like to encourage them to come and have a look at how FQM is handling water from tailing storage facilities, the processing plant and storm water to ensure nothing goes into their surrounding environment,” he concluded.

Malambo noted that: “The initiative we undertook as FQM to ensure we remain a zero discharge mine demonstrates our ethos of being Bolder, Smart, Driven and Together.

It is the togetherness of all players involved that has enabled First Quantum Minerals to achieve all these milestones and protect surrounding communities from industrial water pollution. To us, water stewardship is one of our biggest priorities.”