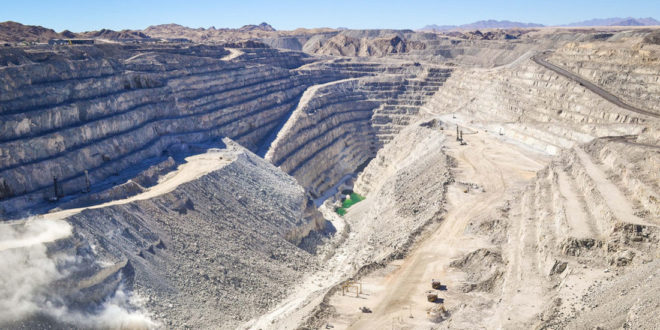 Chamber of Mines adamant in their position

After the Zambia Revenue Authority Commissioner-General Kingsley Chanda said the Chamber of Mines should not alarm the nation by issuing false statements on Mineral Royalty Tax.

The Chamber of Mines says it will stand by what it earlier stated that the Mineral Royalty Tax dropped by 12 per cent and not the six per cent announced by the Zambia Revenue Authority.

Responding to a press query, Chamber president Goodwell Mateyo said the chamber stood by its position.

“I believe the Commissioner-General was referring to a report produced by the Chamber of Mines. The facts and figures you query are contained in the report. The report was meant to be a blueprint for debate, providing a credible plan for recovery of our economy post-COVID-19, especially ahead of the budget preparation. We stand by the facts and figures in the report and are willing to engage stakeholders on the contents of our report,” stated Mateyo.

The Chamber of Mines Report stated that the mineral royalty tax revenues were down 12 per cent.

“As with the human body, an economy’s ability to withstand the worst effects of COVID-19 is a function both of its prior health – its resilience to external shocks – and the treatment it receives to coax it back to health. As for Zambia, the economy was already in poor health by the end of 2019. This was mainly due to significant increases in external borrowing over recent years, compounded by drought, the electricity crisis as well as a slowdown in mining activity, and thus revenues and foreign exchange. The Ministry of Finance shows Real GDP growth at just 1.9% in 2019 compared to 4 per cent in 20184. Total debt of $17.4 billion was reported by the Ministry of Finance in 2019, consisting of external debt of $11.2 billion (an estimated 50 per cent of GDP) and domestic debt of $6.2 billion (an estimated 25 per cent of GDP),” stated the Report.

“With rising debt levels compounded by the depreciation of the Kwacha versus the USD (23 per cent in 2019), debt service payments of around $1.4 billion utilised an estimated 40 per cent of annual tax revenue collections in 2019. In addition to the high cost of debt, copper (one of the country’s key earners) saw a decrease in production in 2019, following years of continued, albeit muted growth. Despite higher rates of taxation introduced in early 2019, mineral royalty tax revenues were down 12 per cent in 2019 compared to 2018, in US Dollars, which are the collection currency. The economic outlook for Zambia in December 2019 was therefore already troubling, and then in early 2020 the COVID-19 pandemic hit.”

But Chanda said alarming statements issued by the Chamber of Mines were malicious and designed to destabilize the Zambian economy.

“What I want to say to the Chamber is that; they must tell the truth. They may hate the leaders of this country, they may hate ZRA but they must not hate the country. We have a country to protect. If you issue such alarming statements and discourage investments in this country, it is not just those people in leadership you hate who will suffer, it is all the Zambians. I also want to state that there is no country that does not have confidentiality but when you want to speak about confidential issues because tax matters are confidential and they are between the tax authority and the taxpayer. But when you choose to talk about confidential things, tell the truth, say facts not myths, not lies. I consider that statement by the chamber to be malicious and was designed to destabilize the Zambian economy,” said Chanda.