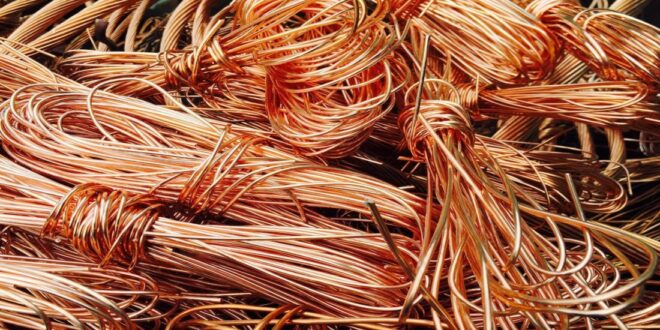 Zambia Finance Minister, Situmbeko Musokotwane, says high global copper prices should help attract the investment needed to allow Zambia to boost its annual production to about 3 million tonnes over the coming decade from an estimated 800,000 tonnes in 2021.

First, however, the government must find an investor to take a minority stake in Mopani Copper Mines and fund a planned expansion, Musokotwane said.

The government is also seeking to end a dispute over Konkola Copper Mines (KCM).

Zambia’s previous government handed control of KCM to a provisional liquidator in May 2019, triggering a legal battle with India’s Vedanta Resources, KCM’s parent.

Zambia Finance Minister, Situmbeko Musokotwane, has also revealed that the country expects an International Monetary Fund (IMF) debt health check to be finalized this month, to strike a restructuring deal with creditors by April and get a formal agreement with the fund signed off in May

In 2020, Zambia became the first pandemic-era sovereign default and it is buckling under a debt burden of more than 120% of gross domestic product (GDP). It reached a staff-level deal on a $1.4 billion three-year extended credit facility with the IMF in December and now wants to nail down a formal agreement.

Sketching an ambitious timeline for the restructuring of the debt of Africa’s biggest copper producer, Musokotwane said he expected the IMF’s debt sustainability analysis, which forms the basis of the restructuring plans, by the end of February.

Having to renegotiate its debt with a multitude of official and private-sector creditors, Musokotwane said he hoped to reach an understanding with them in March or maybe April, which would, in turn, pave the way for a formal IMF agreement.

“We’re hoping that we can do this by May of this year,” he said.

Analysts say the timeline is ambitious as the group of Paris Club creditors and China have yet to form a creditor committee.

China, which has lent heavily to African resource exporters in recent decades, will play a key role in the debt overhaul. Zambia owes more than $6 billion, or 40% of its total publicly guaranteed and non-guaranteed external debt, to Chinese lenders.

Musokotwane announced in December that Zambia had agreed with the IMF to remove unsustainable subsidies on energy and agriculture as part of its reform programme.

“The petroleum sector was in a sense not making sense anymore,” he said, adding that the cost of fuel subsidies alone used to amount to $800 million a year.

Savings from the ending of subsidies would shift to social spending, including education, something also advocated by the IMF, but no timeline has been set for phasing out support.

“You must not be too fast. You must carry society along with you because these are shocks that we are introducing to society before they see the benefits of what we are doing,” Musokotwane said.

“There is a lot that is going on behind the scenes. I cannot go into details of those, because the negotiations are very delicate. But I can assure you that it is happening.”