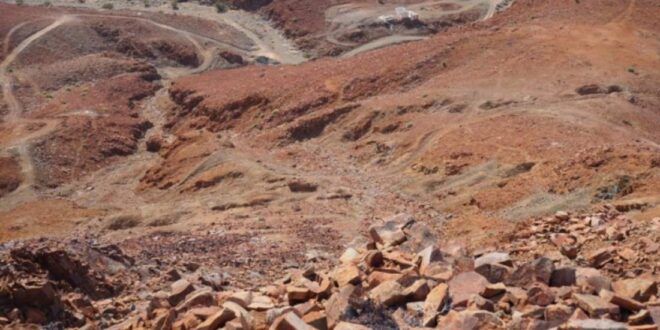 Hakainde Hichilema was imprisoned in Zambia four years ago, accused of treason.

He is now attempting to salvage the country from financial collapse in southern Africa. Hichilema confronts the job of turning around the resource-rich but near-bankrupt country over 100 days after defeating the man who placed him in prison, former leader Edgar Lungu, in a landslide election triumph.

In order to win over bond investors and the IMF, the president wants to eradicate corruption and enhance copper production.

“If you saw what I’m seeing now, you would fall off your chair,” said Hichilema in an interview his way back from the COP26 climate talks, referring to what he alleged was rampant corruption in the previous administration.

“The treasury we inherited was completely empty.” Last year, Zambia, Africa’s second-biggest copper producer, became the continent’s first country to default since the start of Covid-19 after it skipped payments on US dollar Eurobonds.

Out of the country’s nearly $15bn debt, including arrears, Hichilema’s government recently revealed that the share owed to Chinese creditors was $6bn, about double what was previously known.

That has raised concerns that there could be more hidden debt and risks complicating negotiations with creditors and the IMF.

The new government wants to sign a bailout with the fund by year-end. Billions of dollars had been stolen through extravagant spending and kickbacks on construction projects, as well as corrupt fuel and fertiliser subsidy schemes, he said — accusations his predecessor denies.

Hichilema’s government was seeking to recover stolen assets and clamp down on procurement practices that had in the past vastly inflated prices from roadworks to stationery supplies, he said.

Private creditors have sought transparency on the debt before they renegotiate payments; they had previously expressed concern that any concessions they make could be used to pay Chinese lenders.

Hichilema said refusing to negotiate was no longer tenable after the change of government. Private creditors, he said, “don’t have a choice. You cannot boycott and expect a solution especially if your teeth were already in the beef”, he added, referring to creditors who were willing to fund the Lungu administration.

“You lent to a country that was distressed.” Debt restructuring talks had already begun with both private creditors and China, he said after meeting Eurobond creditors in London.

“We will treat debt stockholders equitably to avoid cross-subsidisation,” he added, an assurance that money given up by one set of creditors would not be used to pay another.

Cash is tight after the Lungu administration spent heavily on subsidies in the run-up to August’s election, increasing the fiscal deficit to more than 10 per cent of gross domestic product.

Hichilema presented a budget last month that is seen as the foundation for an IMF deal. The budget aims to cut the deficit steeply to 6.7 per cent this year, eventually moving into surpluses.

“This is part of the prudence measures we need ourselves. We don’t need the IMF to tell us to save money,” he said.

Part of his solution is to devolve spending to local authorities. “We’re taking money from a small clique of thieves in [the capital] Lusaka and sending it to the local communities,” he said. “Devolution, decentralisation has been talked about since independence. No government had the courage to do it, but we are doing it.”

Jimmy Maliseni of the Alliance for Community Action, an anti-corruption watchdog, said he agreed with devolution in principle.

“Our concern is more about how it is activated,” he said.

Hichilema, whose victory in August came after five unsuccessful runs at the presidency, was charged with treason in 2017 after his motorcade overtook Lungu’s presidential convoy on the way to a ceremony.

Security forces violently raided Hichilema’s house and imprisoned him for more than two months during which, he alleges, there was an attempt on his life.

His fiscal juggling act has been eased by a higher copper price, which has risen to a 10-year high and recently breached $10,000 a tonne.

The government is targeting GDP growth of 3.5 per cent in 2021 after a contraction of about 3 per cent in 2020. Hichilema has resisted calls for a windfall tax on mining.

An ambitious target of nearly quadrupling annual copper production from the current 880,000 tonnes depended on reassuring investors that Zambia provided both an attractive and dependable business environment, he said.

But Hichilema is under pressure to extract more revenue from the sector and to open it up to greater opportunities for Zambians, said Trevor Simumba, an economist.

“The government should also have emphasised to the [mining groups] that they need to contribute much more, especially with the price of copper where it is. The mines are making windfall profits, and it would only be fair for Zambia to benefit,” Simumba said.

Despite his personal history with the previous administration, Hichilema said he would not pursue a vendetta.

“We want to restore the rule of law. But we do not want to perpetuate the bad behaviour of our predecessor,” he said.

“We don’t want vengeance.” This did not mean that members of the Lungu administration, including the former president, were immune from potential prosecution, Hichilema added.

“We must not mistake that with impunity. We have zero-tolerance for corruption,” he said. “No one should mistake what we’re saying. Where there is need for someone to be prosecuted, they will be prosecuted.”