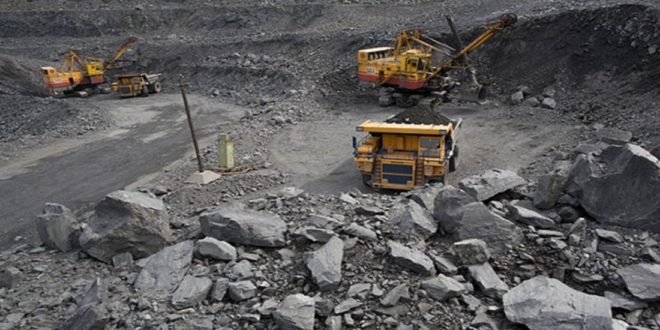 The Zambian government should repeal or at least suspend the Employment Code Act, according to a report by one of the country’s leading economists and a human resource expert.

The report further recommends the establishment of a multi-sector Employment and Labour Legislation Taskforce, which should undertake a comprehensive review of the Employment Code Act. This action should be taken immediately, with a reversion back to the previous legislation pending further review.

“It is strongly recommended that the Employment and Labour Legislation Taskforce undertake extensive consultations with all the relevant stakeholders to ensure that all the submissions are seriously considered bearing, in mind that what may appear to be in the best interest of employees in the short-term could result in serious repercussions in the medium- to long-term in term in forgone opportunity to enable employers to remain viable and profitable, which is essential for securing jobs and employment expansion,” they continued.

The report, Critical Assessment of the Employment Code Act by Professor Oliver Saasa of Premier Consult and Felix Mwenge, a research fellow in the Human Development Unit of the Zambia Institute for Policy Analysis and Research (ZIPAR), says the Employment Code Act (ECA) has introduced significant complications to labour and employment legislation in Zambia, which calls for urgent introspection before it begins to seriously affect growth prospects.

The mining sector has been particularly hard hit by the new legislation because of the large numbers of people it employs, they noted.

The mining industry is a significant employer: 85,111 people were employed in the sector in 2018. In that year, the mining sector accounted for 7 per cent of wage employment and 3 per cent of total employment in Zambia, according to the report.

The number of women employed in the mining and quarrying sector was 9,713 in 2018, which represents 11 per cent of the total employed in the sector. Multiplier effects in companies directly or indirectly supplying the mines adds to this impact, they continued. However, the researchers note that the ECA will negatively impact on the employment of women.

Jobs in contractors’ firms, for example, are intimately linked to the buoyancy of the mining sector, and any changes to labour and employment laws that result in disruptions in the sector would threaten growth among contractors.

The new legislation did not consider the implications at the micro- and macro-economic levels, and was ill-timed against the backdrop of subdued economic growth in the country, said the report.

“Considering the magnitude of discomfort among employers regarding the provisions of the ECA, particularly those in the small-scale category, it is clear that, in its present form, this piece of legislation would be difficult to enforce. Even where willingness on the part of an employer is not an issue, the current economic situation in the country makes it difficult to adhere to many of the ECA’s provisions,” they explained.

“The all-embracing character of ECA has left some employers, particularly those in the small-scale category, perplexed regarding the prospects of its enforcement for the currently financially-stressed small business.

The authors noted with concern liquidity challenges, government crowding out of the private sector, rising debt levels, and policy inconsistency for some sectors had combined to make the investment environment not hospitable and the ease of doing business problematic.

“Increasing debt service costs amidst a high fiscal deficit are also among the major macroeconomic challenges facing Zambia presently and have clouded the country’s fiscal outlook. The external debt stock in February 2020 stood at around US$11.2 billion (inclusive of guarantees). The country’s domestic debt is currently in the region of US$5 billion and the total public debt is now estimated at over 90 per cent of GDP,” they continued.

The consultants have further warned that inadequate or inappropriate legislation for labour market protection may hurt optimal allocation and application of labour as a vital resource in production.

“The Zambian economy is currently operating in a very challenging macroeconomic environment, which requires it to make hard policy choices that include the need to implement difficult reforms that may directly impact labour in an adverse way. At the external level, the sluggish growth of the global economy has affected Zambia’s growth prospects, which could result in serious labour shedding by industry,” they added.

The researchers noted that was the responsibility of governments to ensure that workers’ rights and entitlements were not flouted by employers and hence the securing of these rights through legislation is standard practice globally. However, the most critical consideration that has been expressed by most of the employers and, to some extent, some employees, is that the ECA would cause significant cost escalation for the average company in Zambia.