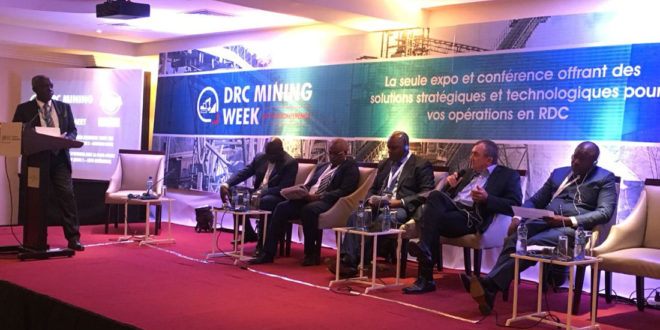 The DRC Mining Week is a significant event at which key players in the mining sector can engage.

With an august gathering of government officials and key mining individuals both locally and internationally, the event marks the 15th anniversary of the largest mining event in the DRC.

The official opening coincided with the first anniversary of the new Mining Code in the DRC, a regulatory policy that has been met with mixed reaction among mining companies.

Speaking on this milestone occasion, Spintelligent group director Emmanuelle Nicholls made mention that this event gives the necessary competencies for the regional mining industry operate in a new age of metals.

Meanwhile, Simon Tuma Waku, vice-president of the Chamber of Mines, DRC said that it was imperative that government and industry works within the new regulatory systems as partners to further mining operations in the country.

“We need to work together to create infrastructure such as road and rail as well as address energy deficiencies. Without this collaboration, the industry won’t grow.”

Waku further said that the new mining regulations has created a new tier of sub-contractors which has created an emerging middle-class which is further helping to boost socio-economic conditions in the country.

The DRC Mining Week will also feature industry experts discussing and debating key issues related to mining in the DRC, including the implications of the new Mining Code, updates on key projects in the country and the push towards greener energy.