ThoroughTec simulators to be showcased at Electra 2014

Evans Mumba July 30, 2014 Press Room Comments Off on ThoroughTec simulators to be showcased at Electra 2014 1,881 Views 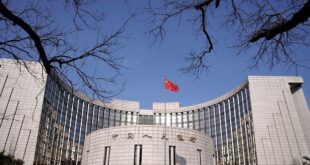 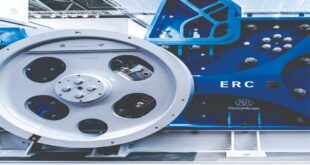 Global advanced training simulator provider ThoroughTec Simulation will be demonstrating their new CYBERMINE continuous miner and dragline simulators at Electra Mining Africa 2014 between 15-19 September. Both of these simulators were designed and built at ThoroughTec’s state-of-the-art facility in Umhlanga Ridge, Durban.

The CYBERMINE continuous miner, based on a Joy Global CM12HM31-B, is one of the latest offerings from the firm and is part of their new soft rock simulator range, which also includes a shuttle car, LHD and bolter. Predominantly aimed at the coal market, these high-fidelity simulators are designed to improve safety and productivity levels. “Operating a CYBERMINE continuous miner is like operating the real vehicle underground, but without the high costs and inherent risks,” says Greg Lew, ThoroughTec’s Executive Vice President of Global Business Development.

BHP Billiton’s Khutala Colliery in Mpumalanga will be the first customer to receive the continuous miner simulator. It accurately simulates propelling, sumping, shearing, brow- and under-cutting, trimming and loading of the artificially intelligent shuttle car. These highly realistic replications of the original vehicle can include customised procedural and operational features specific to a mine site. ThoroughTec is number one worldwide in underground mining simulation.

Heading from underground to surface mining, a dragline is one of the biggest and most expensive pieces of mining equipment there is and one of the most difficult to simulate accurately. ThoroughTec has delivered their CYBERMINE dragline simulator to customers in Australia and South Africa, with the most recent being Wesfarmers Curragh coal mine in Queensland, Australia. They received the latest fourth-generation CYBERMINE simulator and a virtual Curragh mine world in a collaborative effort with ThoroughTec. This meant the dragline simulator, based on a Bucyrus-Erie 1570-W, was customised specifically to Curragh’s site and operating procedures. “We wanted to fine tune the dragline simulator to not only train new recruits, but also get that extra percentage out of experienced operators,” says Richard Bellengere, Vice President of R&D.

ThoroughTec is able to simulate any machine from any OEM in the industry, surface or underground, and has the largest development pipeline. It’s able to customise on every build, going beyond OEM spec to deliver the exact operating procedure the customer requires.

Potential customers will be able to experience these high-tech simulators hands-on at Nasrec, Johannesburg between 15-19 September in Hall 5, Stand D1. For a personal demonstration contact cybermine@thoroughtec.com

The team at ThoroughTec Simulation has been designing simulator based training systems for over twenty years. During this time the company has grown into one of the world’s leading training simulation organisations, supplying the mining, construction and military sectors.

Providing Operator Training Systems and Tactical Training Systems for a range of vehicles and applications, ThoroughTec is the de facto supplier of simulator systems to the South African Military as well as supplying a number of European militaries. This military engineering has been utilised in the development of CYBERMINE mining equipment simulator systems, elevating them above competitors through military grade quality, reliability and low cost of ownership.

ThoroughTec’s range of CYBERMINE mining simulators is the broadest in the industry, encompassing all aspects of both surface and underground mining operations for hard and soft rock and capable of replicating a mine’s entire working fleet from load and haul through to the most complex production and ancillary equipment. CYBERMINE mining simulator systems are designed and engineered to make mines safer, more productive and more cost effective.

ThoroughTec’s headquarters and R&D and production facility are in Durban, South Africa, with global sales and support headquartered in Perth, Australia. It also has subsidiary offices in Brisbane, Australia; Santiago, Chile and Toronto, Canada. 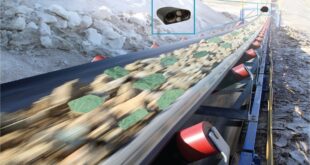