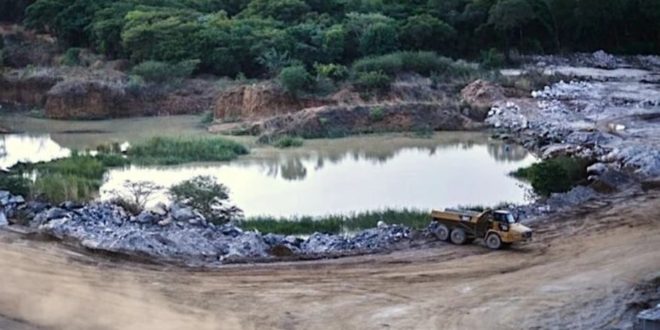 The Attorney General office has been sued for failing to ensure that the Supreme Court Judgments regarding Kalengwa mine are implemented.

It is believed that the failure of the office of the AG has resulted in the perpetuation of fraudulent activities which have been going on at the mine despite the Supreme Court ruling in favour of the plaintiffs (Euro Africa Kalengwa Mines and Chief Kizela) on three occasions.

This was done through failing to ensure that the Supreme Court Judgements regarding Kalengwa mine were implemented which has resulted in perpetuating fraudulent activities which have been going on at the mine despite the Supreme Court ruling in favour of the plaintiffs on three occasions.

In a statement of claims filed in the Lusaka High Court on Monday, 13th October 2020, the plaintiffs said the AG had been sued in his capacity as Chief legal advisor to the Government.

“The 16th defendant is the chief legal advisor to Government and is sued pursuant to the provisions of Section 12 of State Proceedings Act Chapter 71 of the laws of Zambia.

..The 5th Defendant is equally sued on account of having purportedly purchased farms F/31477, F/31478 and F/31479 from the 2nd, 3rd and 4th defendants herein which were in fact fraudulently obtained in a well calculated and elaborated scheme aimed at defrauding circumventing judicial pronouncements including Supreme Court Judgements,” reads the statement of claim in part.

The plaintiffs further claim that the mine has not seen meaningful mining activities due to “protracted and calculated litigation” by way of erroneously granted injunctions against the first plaintiff for over seven (7) years preventing their ability to commence mining at Kalengwa.

The Companies being sued have all been used to circumvent the Supreme Court Judgements which led to the Judges warning Fawazi not to ever appear before the Court over the issue of Kalengwa when he lost the matter for the third time.

In passing judgement the Court said “the subject matter of the case has already been adjudicated upon by this court in two final judgments and in the judgment on 25 March 2015, we ordered Hetro mining to vacate the disputed mine with immediate effect and we allowed the appellant [Euro Africa Kalengwa Mines Limited] to take possession of the mine for the respondents [Fawazi’s Lunga Resources company] to now challenge possession based on our judgment is pure arrogance, particularly that the people behind Lunga Resources and Hetro mining are the same people that made unsuccessful claims to the mine in the previous two claims.

The Supreme Court further said that “the view we take is that our judgments and the Kalengwa mine are res judicata, meaning that it is finally decided.”

Last week the Vice President Inonge Wina, when asked about the status of Kalengwa mine by Mufumbwe Member of Parliament, acknowledged that the continued closure of the mine in Mufumbwe was depriving the local community employment opportunities but seemed not to have full information regarding Supreme Court Judgements as she said the issue of the mine was still in court when in fact judgement in favour of the plaintiff was passed a long time ago.