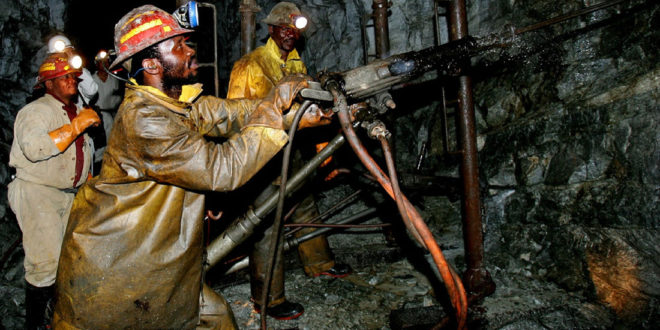 Continent’s association of mines on the cards

Andrew October 5, 2017 News, Press Room Comments Off on Continent’s association of mines on the cards 2,010 Views

Chamber of Mines South Africa has applauded the increasing collaboration between the mining bodies from Southern Africa.

Roger Baxter, Chief Executive Officer of Chamber of Mines said the growing alliance will soon champion the formation of the Association of Chambers of Mines in Africa.

The Association is envisaged to be the single voice of the mining industry in Africa to influence the 2063 agenda of the African Union (AU).

Baxter said SADC’s legislative challenge that have a negative impact on direct investment, lower-than-expected growth of the sector and trust deficit between governments and the mining industry has pulled the miners in the region together.

He said one of the causes of mistrust between government and business in Africa is the view that illicit financial flows are pervasive and significant.

“We do not dispute that they occur,” said Baxter.

Chamber of Mines South Africa has plans to share the results of independent research that we commissioned on illicit financial flows, and to see how we – as companies and countries – can stamp this out where it does occur at next year’s ministerial symposium.