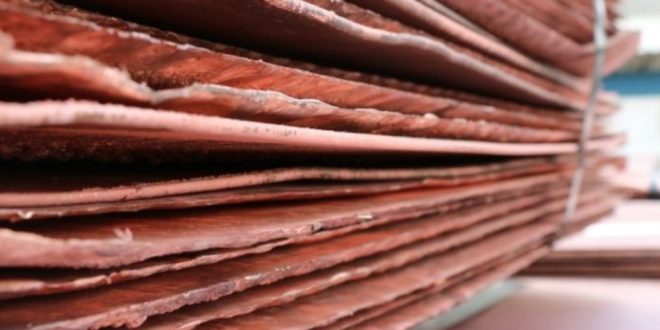 The company also revealed that it would also temporarily reduce the salaries of certain senior staff, including the CEO, by 20%.

“These times are unprecedented – they require adaptability and flexibility, which are part of the culture we’ve built at First Quantum. We are well-positioned to execute our plans through this period of uncertainty and continue to believe in the long-term fundamentals of copper,” commented company CEO Philip Pascall in a statement released recently.

First Quantum Minerals has also said its production and sales “remain stable” in the current environment and the company is maintaining its production guidance for the year.

Pascall said the company’s key priorities were the health of its employees and to “ensure the business remains robust amid a challenging commodity price environment”.

The miner also said that it was doing everything it could to care for staff, their families and the communities concerning the Covid-19 pandemic.

First Quantum would continue to operate its mines responsibly, it said, adding that this would enable it to continue its strategy to provide employment and generate revenues.

Concerning the coronavirus, however, the miner confirmed that several members of the contractor workforce at the Cobre Panama operation had contracted the coronavirus, which causes Covid-19.

“The affected personnel are being cared for in the public healthcare system as per the Panama Ministry of Health requirements,” the statement said.

Cobre Panama has already implemented the appropriate control, isolation and quarantine measures, in line with government guidelines and its site-specific conditions.

On March 20, the government of Panama, employing Executive Decree 500, clarified that Cobre Panama was specifically authorized to continue operating, albeit with strict adherence to the protocols established by the Ministry of Health, which would require a reduced workforce operating on 12-hour shifts.

Similarly, at other mine sites, the company was prepared for control, isolation and quarantine, when necessary.

Despite the current global crisis, the company has not experienced any significant disruption to sales, supply chains or product shipments since the onset of the Covid-19 pandemic.

Year-to-date operations in Zambia have been slightly better than expected, with good grades and recoveries within the mixed and sulphide ores at Kansanshi and improved mining volumes and ore grades at Sentinel.

Following the announcement of heightened restrictions in South Africa, including controls on ports and transit routes, the company noted that it was managing the export of its Zambian production through alternative routes.

However, owing to the implementation of the health protocols at the operation, the pace of ramp-up may be slightly slower than originally planned and this would impact on the first-half production.

At this stage, it is expected that the yearly production will still be met, with better-than- planned second-half production levels, and the Punta Rincon international port at Cobre Panama remains open for import and export.

Additionally, the restart of operations at Ravensthorpe has continued, with the first shipment expected during the first half of the year. And, at Las Cruces, in Spain, the focus is on mining out the remaining in-pit ore, which is progressing to plan.

All other operations were operating normally, the miner said.