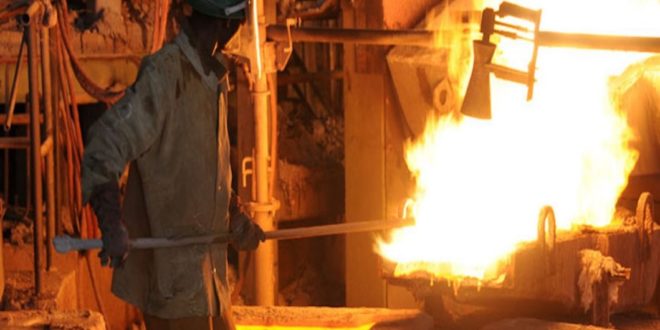 First Quantum Minerals has handed over two commercial boreholes worth US$720,000 to Kisasa community, as part of on-going commitment to bring fresh clean water to local communities in Kalumbila District of North-Western Province.

The boreholes are 130 meters deep with two 32,000 litre, 15-metre high storage tanks, connected to a distribution network to 62 communal taps that will supply water to more than 8,000 people of Kisasa.

“Our investment in the communities is anchored on our social policy commitment, which is to maximise social and economic opportunities in all communities where we operate. We also commit to ensure that we minimise potential negative social impacts arising from our mining activities,” said FQM government affairs specialist Dr. Godwin Beene.

Speaking as the mining giant – through its subsidiary Kalumbila Minerals Limited – handed over the boreholes to the Kisasa community, Dr Beene said that the piped water infrastructure is a typical example of how much company continues to achieve by working together.

Naturally occurring iron in the geological structure of the area has been a visible challenge in water in Musele community boreholes for over two decades, long before mining activities commenced in the area.

This is a well-known challenge in areas with similar soils in Zambia, in particular, large parts of North-Western and Northern provinces. Scientific analysis of the water confirmed the naturally occurring iron, which causes water discolouration and a metallic taste.

The iron occurs in most of the local soils and is not a result of mining activities. This is backed up by the extensive long-term groundwater monitored programmes initiated by the company before operations began, said the mine.

Speaking at the same event, North-Western Provincial Minister Hon. Nathaniel Mubukwanu said: This water that you are getting today, it is 100 per cent safe, and we believe that this will not only save you (Kisasa community) from the potential risks associated with consumption or usage of contaminated water, but also it should promote good quality lifestyles among our people.”

He further challenged the traditional leadership to provide direction in ensuring the water infrastructure must be protected and looked after as it was constructed at a huge cost.

And FQM’s Kalumbila Minerals Assistant General Manager Junior Keyser said it was very important for the company to know what the effect of its mining activities is on the host communities and the environment around its mining area.

“Back in 2017, we recognised the need for specialised deep-water boreholes. This was recognised due to the monitoring process and the results obtained from some of the shallow boreholes,” he said.

He added that First Quantum has aligned its corporate and social management commitment with best international practices, and that the company conducted a baseline environmental and social assessment prior to the commencement of the construction of Kalumbila Mine.

The mine has undertaken an on-going programme of borehole upgrades to help the community address the challenge of access to clean and safe drinking water, including a technical investigation to locate deep water borehole sites in Kalumbila District.

The mining firm believes access to safe, clean water is the number one priority for community development. Water is a basic human need, and should always be prioritised over other forms of development work.

Despite current economic challenges, the company has prioritised its budget to focus on this basic need.