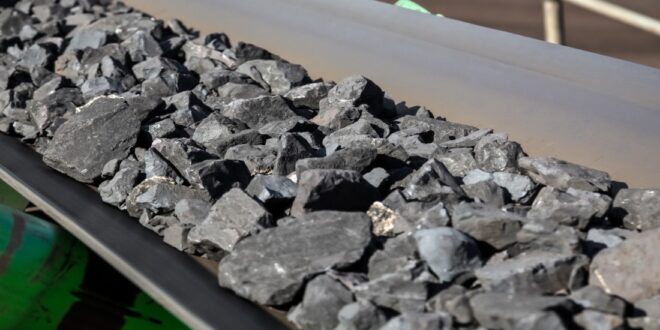 A well-managed manganese mining sector has the potential to turn the country’s economic fortunes around.

Even though the country’s manganese mineralisation data does not indicate to what extent mineral-rich Luapula Province, for example, is endowed with the energy mineral, recent mining activities in the area indicate that there is an abundance.

However, the mining industry’s disorganized nature leaves a lot to be desired, as not only is the government losing potential revenue, but it’s also putting people’s lives in danger.

The level at which the mineral is being discovered in the province is overwhelming, hence the Government ‘machinery’ should move in the province ‘armed’ with production-oriented policies for mining activities to support economic growth which leaves a trace to communities.

A recent tour of the mineral-rich region shows that what is encouraging illegal mining of the manganese is that once the community discovers, investors are invited and locals lose out.

Thus, to encourage legal mining, the community that discovers the mineral should be allowed to partner with investors who can bring in equipment and mine in a safe way.

The other way is to allow those that discover the minerals to have a ‘golden’ share in the mines they discover so that they have perpetual income.

Chief Mwewa says; “the law needs to change so that locals who discover certain minerals benefit and the entire community getting a beneficial share”.

The traditional leader and the Government is losing a lot of potential revenue due to rampant illegal mining activities in the area.

“There are a lot of illegal manganese mining activities in my area, those who come to mine here don’t bother to consult traditional leaders, Government needs to move in and normalize the situation,” the traditional leader observes.

Chief Mwewa says with the discovery of electric vehicles in offing, maximising the new development will help boost the country’s economy.

A tonne of manganese is fetching around $2,500 on the international market, hence a well-organised industry can contribute meaningfully to the growth of the country’s economy.

Chief Mwewa says with the depletion of fish in natural water bodies imminent, properly run manganese mining will be a better substitute.

“Fish has depleted in natural water bodies and we have witnessed the discovery of manganese mines in the area but because of lack of a proper structure, people will be left with pits,” the traditional leader says.

However, despite rampant and life-threatening illegal mining activities, more genuine investments by local and international investors are being realised.

For example, a local investor has invested more than $3 million to establish a mixture of manganese mines and a farming venture in Mansa.

Mathkat Mining Limited founder and director Mathews Katwai explain that the water being pumped out of open cast mines was used to irrigate 10-hectare farmland.

Mr Katwai recently acquired seven loaders and 10 tipper trucks which have improved efficiency in production at the mine.

The procurement of the said new equipment with the help of foreign manganese buyers has pushed production to 3,000 from 1,800 tonnes per month.

Water being pumped out of the mine is watering winter crops especially maize and bananas.

“A few months ago, we harvested about 200 tonnes of green maize, around December another 200 tonnes is expected to be harvested,” Mr Katwai says.

On the other hand, MMRP Mining Limited, a Brigade Construction Joint Venture (JV) is changing the way manganese mining is being done in the area although the mining firm is blaming the lack of investments in mineral processing on lower voltage characterising Luapula province.

“Low power voltage is the reason most manganese processors shun Luapula despite having the highest grades of manganese in the country opting for Mkushi and Serenje which have high voltage to support processing,” MMRP Mining Limited director Reddy Chetan says.

The mining business is looking at increasing production capacity from the current 800 to 1,500 tonnes per month next year.

Luapula has the highest grades of around 40 to 58 per cent.

“The manganese mine industry is in total disarray, something needs to be done. The Government needs revenue and wants to see the industry blossom to an extent of contributing to the growth of the economy,” Mines and Minerals Development Minister Paul Kabuswe adds.

Mr Kabuswe who toured the region recently says owners of artisanal miners who cannot run their mines should engage off-takers so that they form JVs rather than holding on to mining licenses while engaging in unorthodox methods of mining that can endanger the lives of people.

He says Luapula has the highest manganese grades than any other Province hence the need to restructure the industry to increase its contributions to the local economy.

After concluding the tour of the manganese-rich region, Mr Kabuswe and key stakeholders in the mining industry in Luapula resolved to organise a mining Indaba to iron out salient issues affecting the growth of the emerging manganese mining in the region.

Among the issues to be looked into include curbing illegal mining, pricing and allegedly collecting toll fees from each tipper truck passing through chiefdoms by some traditional leaders.

During a meeting with miners’ Associations in Mansa, stakeholders urged the Government to put in measures to boost the manganese industry.

Luapula Minerals and Miners Association (LMMA) president Malama Kapolyo says measures should be taken by the Government to remove bottlenecks in the mining subsector.

“We have several issues here, traditional leaders such as village heads and chiefs are putting up barriers and demand that each truckload pays K500 before leaving the chiefdom thereby increasing the cost of doing business for artisanal manganese miners in the area,” Mr Kapolyo submitted.

There is a need to realign the manganese mining industry for it to start contributing to the national treasury.

“As manganese miners, we are being duped by buyers because we lack machinery and weighbridges of our own to detect the grade and the tonnage, all these things we are just being told,” Mr Musonda says.

At this point, Mr Kabuswe suggested a mining indaba where all the stakeholders will chart the way forward.

“There is need to convene an indaba to sort out issues hindering the growth of the emerging mining industry before the end of the month were traditional leaders, players in the mining industry among others should be present for the mineral endowment of the province to benefit everyone,” he states.

It is hoped that stakeholders in the manganese mining value chain will work with the Government to come up with economic beneficial mining models that can spur growth in the region and the country at large.