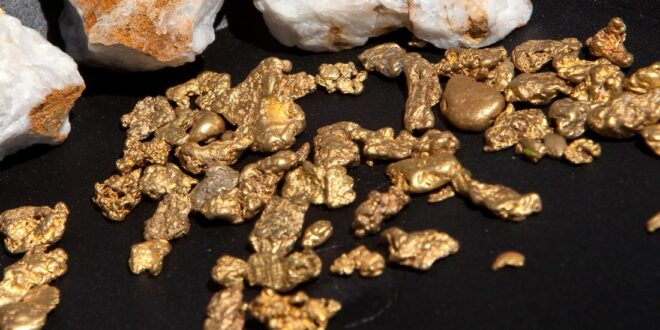 Since the gold-buying program began in January this year, the Bank of Zambia (BoZ) has spent approximately US$37 million on refined gold from First Quantum’s Kansanshi mine.

Kasenseli Gold Mine’s operations in Mwinilunga, North-Western Province, were halted after a Ministerial directive from the Minister of Mines and Minerals Development to do so to address concerns about the mine’s license conditions and safety regulations.

The ministry of mines did not give timelines for sorting out what was referred to as “concerns relating to Kasenseli Mine’s license conditions and safety regulations”. This continued suspension without timelines for re-opening will drag down the gold annual production for the country.

And the central bank – BoZ has confirmed that they will resume gold purchases from Kasenseli Gold Mine once its suspension is lifted. BoZ had purchased 283 kilograms of gold at a total cost of over K345 million from Kansanshi Mine and the Zambia Gold Company by the end of the first quarter of this year.

BoZ plans to purchase around 25,200 ounces of London Good Delivery gold from Kansanshi and 21,000 ounces of dore gold with a minimum of 88 per cent purity from Zambia Gold Company in 2021.

Responding to a ZBT inquiry, BoZ Assistant Director, Communications Besnat Mwanza confirmed that the central bank’s refined gold purchases from Kansanshi, an FQM subsidiary, had so far climbed to about US$37 million or K646 million compared to K345 million by the end of the first quarter.

“The Bank of Zambia has been purchasing more gold from Kasenseli Mine since December 2020, through the Zambia Gold Company and refined gold from Kansanshi Mine from January 2021. The Bank has so far purchased 20,600 ounces of refined gold valued at the US $37 million,” Mwanza said.

And she revealed that the central bank would continue to augment its reserves through gold purchases from Kasenseli Mine once the suspension is lifted. Kasenseli Mine is operated by Zambia Gold Company Ltd, a subsidiary of ZCCM-IH, a state-owned entity.

The concerns raised by the Ministry of Mines when suspending operations chiefly related to safety and security concerns, among others, was effective October 22, 2021, and has remained in force. No timelines have been given as to the issues that should be resolved as the minister of mines only indicated that until all issues highlighted in the Ministerial directive are closed out.

BOZ told ZBT that “In April 2021, the projection was to accumulate 21,000 ounces for 2021, but forecasts are dependent on levels of production. Because of this, this projection was later revised downwards as production levels declined later in the year. Targets are, therefore, based on the gold mined and if this declines or stops, gold purchases are impacted directly,” explained Mwanza.

When asked when BOZ would start buying from Zambia Gold Company, the Central bank stated that “Kasenseli Mine is under the regulatory supervision of the Ministry of Mines and details of its resumption would be best provided by the Ministry and ZCCM-IH. The Bank [BoZ] will continue to augment its reserves through gold purchases from Kasenseli Mine once the suspension is lifted. The Bank continues to buy gold from Kansanshi Mine and a total of 25,200 ounces is projected to be bought in 2021.”

BoZ added the build-up of gold reserves to shore up the country’s ability to safeguard its currency the Kwacha. Apart from holding US dollar reserves that can be drawn upon to fund emergency imports as well as support the local currency – gold reserves can also provide an alternative reserve buffer.