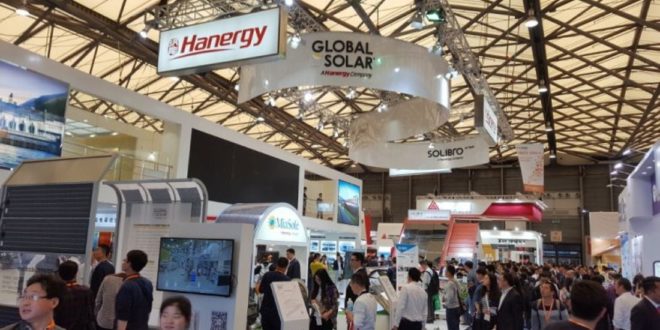 The company’s participation in this year’s exhibition and conference has been instrumental in exploring significant partnerships with varied national and international companies.

“We’re extremely delighted to have exhibited our revolutionary energy solutions for the first time at The Solar Show Africa 2019 which is undoubtedly one of the Africa’s leading exhibitions for solar industry and its partners.

“We believe, not only has the prestigious exhibition and conference presented Hanergy with a platform to showcase our promising solar solutions for Africa market, but our participation has also ensued unique networking opportunities allowing us to solidify our current relationships and build new ones to expand in Africa market,” said Pan Xiang, Sales Director of Hanergy South Africa says,

With incredible market opportunity that’s not being met by the relatively small handful of companies that are operating on the continent, Hanergy has a righteous opportunity to strengthen its foothold in the country by aiding off-grid African communities to embrace solar energy through collaboration with local government authorities.

Hanergy’s solar cells set the world record for conversion efficiency several times, with the newest one being 29.1 percent.