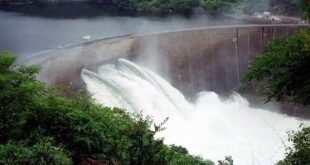 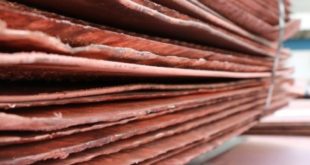 Following research and analysis of the global explorationindustry, a South African company has designed a new, innovative core tray for geologists in the mining and drilling sectors which will help to improve efficiencies and reduce hidden costs associated with the core logging process.

ilson, Managing Director of Unique Core Products Africa (UCP Africa), says it has transformed the method in which it manufactures steel core trays and has streamlined production to keep costs and overheads to a minimum.

The result is a safer, flat-pack core tray, which takes up less space, moves through the system faster and is easier to use.  The trays are offered to the end user at less than R100 each.

Wilson explains that the clip-lock core tray is unique as it has plastic ends, which simply clip onto a formed, zinc/aluminum coated steel body. “This ensures that we maximize space to keep transport and storage of core trays in waiting to a bare minimum.”

Instead of having to drill holes and secure pop rivets, the user simply hammers the plastic ends onto the body of the tray and small clips on the ends locate into slots in the body forming a tight secure fixture.

The UCP Africa design conceals any potential sharp edges. “Once the ends have been assembled there are absolutely no sharp edges. The plastic ends allow the trays to securely stack on top of each other “

Core trays are used to store cylinders of rock that are drilled using diamond core drilling machines. The rock contains valuable information of underground formations. The  geologist also uses core samples to evaluate the orebody. Samples of the core are analysed by laboratories and the information integrated using sophisticated software programmes

“The mines would then need to retain the cores and this valuable information for the life of the mine, as this record essentially provides a permanent record of the mine’s value,” says Wilson.

The Johannesburg-based MD has had a keen interest in the industry for years. He started working in the industry for Corstor International Pty Ltd, a steel core tray manufacturer which dominated the core tray market in Africa for a number of years from the 1990s to 2007. When Sandvik Mining acquired the company, Wilson continued working for them before branching off on his own and forming UCP Africa.

“We believe our competitive edge is that we are fully aware of a what a geologist does when he works with core trays and what functions a core tray needs to perform,” says Wilson.

He says the company believes strongly in Research and Development and was keen to keep innovating and bringing new products to the market.

“Our extensive experience allowed us to evaluate and appraise core trays manufactured in other countries such as Australia, South America, Canada and Russia, to come up with, what is, in our opinion the optimal core tray. We ascertained why consistent bottlenecks were occurring with production and exploration core processing. We noticed that consistent bottlenecks were evident at core-splitting and structural logging passes.

“We have seen where things need to be improved and have come up with a this new design of core tray in an effort to assist all markets.”

Wilson has taken the development a step further.

“From cost of the product through to usability, convenience and safety, we tried to assess all aspects of the core tray to improve efficiencies and reduce hidden costs in the industry.

The company is also the first that it knows of in the world to colour code core trays. “This will most certainly save time in locating specific groups of core trays in the core shed,” says Wilson.

Apart from its core trays, the company has also generated and sold other Intellectual Property (IP) which focuses on streamlining structural logging processes in the industry.  This includes a hand-held device it invented and patented which was sold to Imdex Limited which led to the release of the IQ-Logger in Australia this year.

While core trays are normally stored in core sheds on the mine premises, the company is also working on a software package which will process digital core tray images. This will enable people to perform structural logging and meter marking of their core on their laptops, ultimately forming a very useful ‘digital core shed’ which they can access at any time.

Wilson says its key markets are in production core drilling and exploration drilling. Some of its larger corporate clients are the Boteti Mine and Debswana operations in Botswana, Sibanye Gold and Anglogold Ashanti operations to name a few.

The company plans to expand into the coal industry and geo-technical industries, both of which have shown interest in its software package which is paired to the UCP Africa core tray.

The company has established distribution and re-seller agreements in Namibia and Tanzania and is working on completing negotiations with Australia, Bostwana, Zimbabwe and Zambia in an attempt to ensure stock availability in each region. 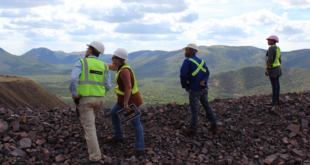 Women working as consulting engineers and scientists are opening doors of opportunity in mining, breaking …