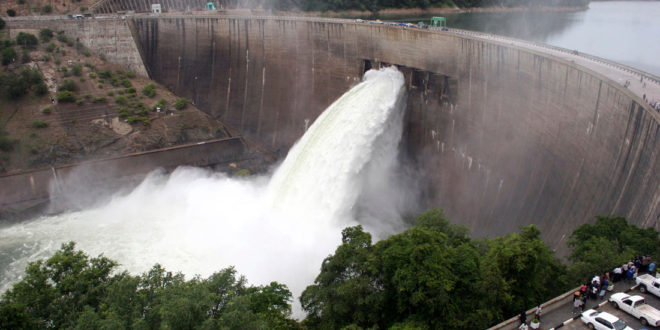 International engineering company Hatch developing the Kariba South Extension Project on the Zambezi River has revealed that the project is 85% complete.

Hatch said the massive project is on track for completion in March 2018.

The flagship infrastructure project was initiated by the Zimbabwe Power Company (ZPC) due to an acute power shortfall in the country.

With available capacity of only 1 500 MW, versus a present peak power demand of 2 200 MW, it was decided to add two 150 MW units at Kariba South Power Station and two 300 MW units at Hwange Power Station, requiring significant upgrades to the existing transmission network to facilitate the evacuation of the additional power.

While Hatch is Owner’s Engineer for both projects, these are totally independent of each other, despite running in parallel.

“The two projects are hundreds of kilometres apart, one is hydro and the other is thermal, and both have different project teams,” said Marie-Hélène Briand, Hatch’s Global Director for Water Power.

Hatch began working on the Kariba South Extension Project in 2011, with a comprehensive review of all documentation and study material to date.

“We began by reviewing all of the work carried out in the 1980s and the 2000s to see if it was still relevant, and also against the backdrop of what had changed in the industry technology-wise, as well as in terms of hydrology and general engineering practice,” Briand adds.

Phase one was project inception and review, followed by procurement in phase two. In order to produce a tender document, an expression of Interest was sent out into the market.

Hatch then narrowed the potential candidates down to five.

“The final contractor then came on board, in this case SinoHydro.

Phase 4 involves commissioning and handover, to be followed by a two-year warranty period.

“Hatch will assist where and when needed, depending on how smoothly the plant is running at that time,” Lee points out. At present, Hatch is responsible for design reviews of the equipment and solutions proposed by the EPC (Engineering, Procurement and Construction) contractor.

“On the engineering side, we review all of the designs to ensure these are in line with the tender documents and the specifications put forward in the contract.

This function largely takes place off-site. In addition, we have different engineers, such as electrical and mechanical, on-site to verify that everything is being built according to plan. Hatch specialists will also be on-site for two to three months during the actual commissioning and handover of the project,” Lee explains.

“With all of the power produced by both Kariba South and Hwange expected to be taken up immediately,” Briand says, “tremendous attention is being focused on the projects, especially as this represents the largest infrastructure that Zimbabwe has undertaken since achieving independence in 1980.”

“These projects are very important to the future of Zimbabwe, representing a scale of infrastructure development not tackled previously. This poses a particular challenge to us as Owner’s Engineer. We have an additional challenge in dealing with a Chinese EPC contractor, and getting to understand how it operates and prefers to do things,” Lee highlights.

Hatch’s success with Kariba South, in particular, is the latest feather in its cap in an 85-year history of hydro power projects. “We have mainly been involved in hydro projects in North America, but also in Central and South America and in countries such as Lesotho, Nepal, Tanzania, and Uganda,” Briand highlights.

“Not only do we have a long track record of projects, but our engineers have significant experience in this industry. Our extensive local knowledge of Africa, in addition to the systems and technologies we have developed through our expertise, gives us a distinct competitive edge in the marketplace,” Briand reiterates.

Hatch also has a strong presence in China, and is able to carry out in-factory quality inspections of all equipment manufactured there.

The bulk of the equipment for Kariba South is coming from China, including the turbo-generators and balance of plant.

Lee reports that the project is on schedule at the moment. “It is a tight schedule, without any room for project slippage. There were some delays, but the recovery plan introduced was so successful that we were able to bring the critical path back to where it was originally.”

Describing Kariba South as a ‘once-in-a-lifetime’ project, the Hatch Project Manager concludes that it is rare to be associated with a development of this magnitude from inception to commissioning and handover. “It has been a huge privilege for Hatch, as the Owner’s Engineer, to be associated with it.”