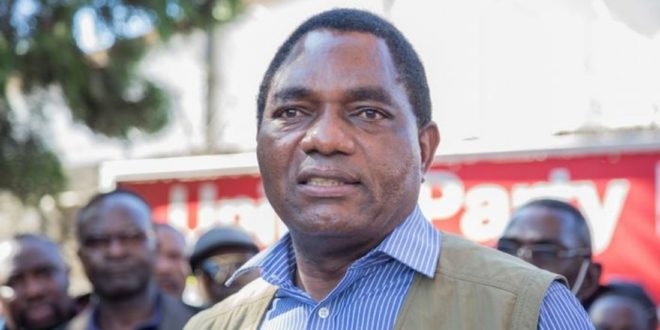 According to media reports in Zambia, opposition leader Hakainde Hichilema of Zambia won a landslide victory in the country’s presidential election, a development that bodes well for a possible bailout with the International Monetary Fund (IMF).

The Southern African country was the first in the continent to default on sovereign debt following heavy overspending by outgoing president Edgar Lungu. Promisingly for mining, Hichilema says he can achieve an economic growth rate of 10% in five years by restoring the sector as well as agriculture.

“In all my years in politics, I have never seen such an overwhelming thirst for change,” Hichilema said. “After years of suffering, the public is desperate for change and a new start.”

Whether this will come in time to assist Vedanta Resources, a long-time investor in Zambia, is an unknown. The Indian company lost control over the assets in Konkola Copper Mines following an apparent confiscation by the Zambian government. Lungu’s administration claimed Vedanta had failed to deliver on investment promises.

In February, Vedanta warned potential buyers of assets in Konkola Copper Mines that any corporate activity would be “deemed inappropriate”, and that it would seek to protect its interests in Zambia and internationally.