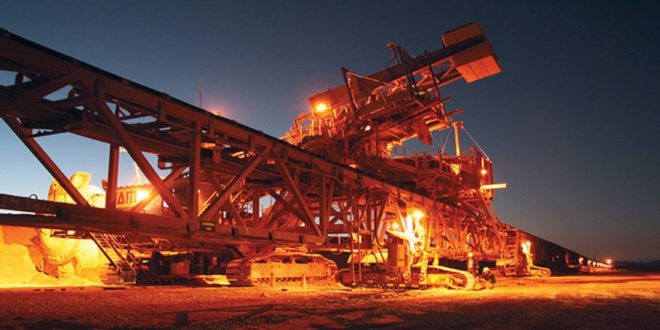 Chinese mining companies are reportedly among those that have been invited to make bids for the troubled Zambian mine, Lumwana Copper Mine, despite its owners pouring cold water on the sale claims.

The mine which is owned by Barrick Gold Corp, the world’s second largest bullion miner, has been under heavy sale speculation and it seems its owners are looking to target Chinese buyers.

Barrick has been previously quoted in the press saying it plans to shed $1.5 billion of less productive mines, which have little expansion potential.

It included Lumwana among the possible sales, as a relatively low-grade copper mine whose margins could be materially affected by Zambia’s new mining code and import duty.

Sources privy to the happenings said China Minmetals Corp., Jiangxi Copper Co. and Zijin Mining Group Co. are among companies considering the take over as they have also been invited to make bids.

Other Chinese companies that have been reportedly invited also include China Molybdenum Co. and Aluminum Corp. of China, known as Chinalco.

Analysts value the mine at up to $1 billion.

According to information obtained from the sources, Barrick is working with advisers to solicit interest for the Lumwana mine.

The Toronto-based miner continues to target $1.5 billion of asset sales by the end of 2020, Chief Executive Officer Mark Bristow was quoted as saying August.

Deliberations are at an early stage, and there’s no certainty they will result in a transaction, said the source.

Efforts to get a comment from Barrick, China Minmetals, Jiangxi Copper, Zijin, China Molybdenum and Chinalco, or its representatives, proved fruitless as they couldn’t immediately comment.

Lumwana, an open-pit mine, is expected to produce 210 million to 240 million pounds of copper this year and has proven and probable copper reserves of 4.5 billion pounds, according to Barrick’s website.

Barrick acquired Lumwana as part of its takeover of Equinox Minerals Ltd. for more than $7 billion in 2011 and took a $3 billion write-down on the mine two years later. Lumwana was valued at about $1 billion in 2014. Subsequently, the Zambian government proposed to raise mining taxes, putting Lumwana in a “challenging situation,” according to Bristow.

Barrick is also understood to be working with Bank of Nova Scotia to identify buyers for its Tongon Gold mine in the Ivory Coast as the company ramps up asset disposals following its purchase of Randgold Resources Ltd., concluded the sources.