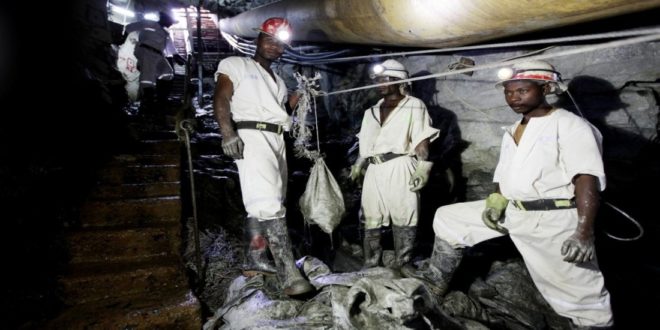 Luanshya Copper Mines (LCM) is yet another mining firm that has agreed to not laying off any employees due to the new tax regime.

According to Zambia Reports, First Quantum Minerals has also announced that it will not be laying off workers in response to the new tax system.

Chewe said the move taken by Luanshya Copper Mines needs to be emulated by other mining firms that earlier announced plans to cut jobs in the industry amid changes on the tax regime.

He stated that the move taken by Luanshya Copper Mines as well as Mopani Copper Mines is in the right direction and will help in safeguarding jobs.

The Minesworkers Union of Zambia President stated that job cuts in mines are a setback to collection of required revenue by government and contribute to unemployment of youths.

Mr Chewe and his team has since been appealing to mine owners to emulate the dialogue approach in view of the new mine t regime than to lay off workers.