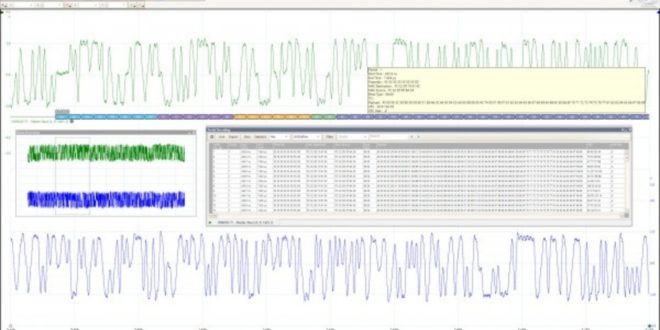 Locally represented by COMTEST the package includes a novel non-intrusive software directional coupler to separate up- and downstream traffic on full-duplex communication lines.

According to the manufacturer, it operates as a full-duplex connection with simultaneous Master-Slave/Slave-Master transmissions, so is more challenging to test than previous-generation networks such as CAN, CAN-FD and FlexRay.

Until now, most automotive Ethernet testing solutions required insertion of a hardware directional coupler to separate the bidirectional data streams. But such couplers can interfere with normal functioning of the network and deliver misleading test results.

The picoScope software directional coupler utilizes two non-intrusive differential voltage probing points a known distance apart, together with the known velocity of propagation in standard RG58 or Cat5 cable, to separate the transmitted data waveforms in each direction.

Once the waveforms have been separated to show up- and downstream traffic, the PicoScope BroadR-Reach decoder can be used to display the contents of each data packet, aligned with the transmitted waveform.

“BroadR-Reach technology has been widely adopted for the next generation of automotive networks. The PicoScope decoder/analyzer enables engineers to solve the critical signal analysis and network verification challenges that they face when bringing those designs to market. It is included as standard with PicoScope 6.14.10 application software, and builds on our heritage of support for automotive protocols that includes CAN, CAN-FD, FlexRay, LIN and SENT,” Trevor Smith, Business Development Manager at Pico Technology said.

Commenting further on deployment of the solution, Smith added: “We offered beta versions of the decoder/analyzer to some key automotive customers during the summer, and received very positive responses and useful feedback. It helped us to validate the Software Directional Coupler algorithm and functionality of the decoder. Now the wider community of engineers working on automotive networks will benefit from that effort.”