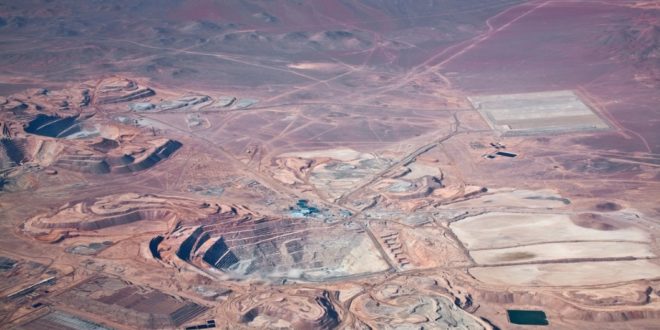 Part of Nchanga open-pit mine about to collapse, says CEO

Christopher Sheppard, the Chief Executive Officer of Zambia’s Konkola Copper Mines (KCM), a unit of diversified miner Vedanta Resources, said the company has closed part of its open-pit mine as a portion of the pit is about to collapse

KCM predicted that part of the Nchanga Open Pit in Chingola in Zambia’s Copperbelt area will cave in “anytime” in the next five days after geo-technical assessments detected some slope instability.

The slough – or caving in of the ground – manifested so far through tension cracks opening up is likely to stretch approximately 350 metres (0.2 mile) and the estimated volume of the area involved is 8 million cubic metres, Sheppard said in a statement.

Production was continuing elsewhere except for the at-risk areas which have been shut, a KCM spokesman said.

KCM has implemented measures to protect communities around the mining area and employees from the impact of the slough, Sheppard said.

“I must state in no uncertain terms that our priority is to ensure the safety of people first, and also make sure that KCM, public and private property are safeguarded.”

The mine has marked out a 90-metre wide hazard exclusion zone in which the potential collapse is expected to occur. It is “at least” 60 metres away from nearby communities, he said.

Apart from the Nchanga open pit, KCM also operates the Nchanga and Konkola underground mines, concentrators, a smelter, a tailings leach plant, and a refinery.

Share
Previous Greening the Copperbelt, CEC plants trees
Next Opinion: Zambia is courting economic disaster yet it continues to vex its mining sector