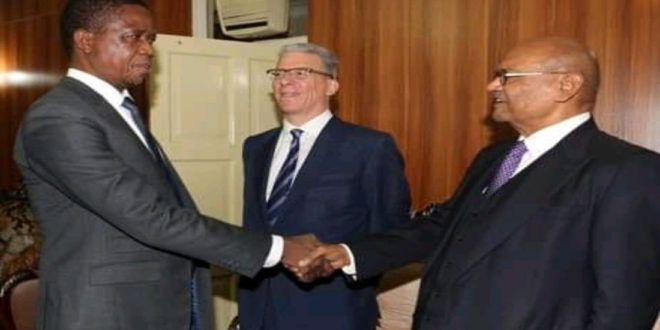 President Edgar Lungu recently met Vedanta Chairman Anil Argawal at the request of the investor regarding the ongoing liquidation process of Konkola Copper Mine.

During the meeting, Argawal stated his desire to continue running the mine, pay debt owed to contractors and suppliers. Vedanta Chairman further added that he wishes to reinvest in the mine and restructure the shareholding of KCM.

“The meeting was constructive and Vedanta looks forward to further positive engagement,” the company said in a statement.

However, President Edgar Lungu maintained his stance on the liquidation of Konkola Copper Mines saying the position government has taken on KCM is supported by Zambians.

The President agreed to the meeting at the request of the businessman in order to hear him out and inform him of government’s position.

This is contained in a statement issued to the Media by Special Assistant to the President for Press and Public Relations Isaac Chipampe.