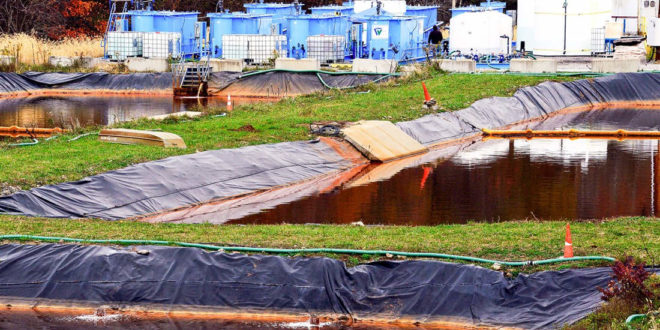 The Acid Mine Water Drainage Scheme is a project to de-water abandoned gold mines in the Johannesburg Area.

Since the mid-19th century, mines started moving and followed the gold vein. Many of the original mine shafts near Grootvlei became abandoned and over the years filled with acidic mine water.

This has serious implications, because the water contains dissolved heavy metals and sulphur.

On an earlier phase of the scheme peristaltic pumps were installed for lime slurry dosing which is used to neutralize the acidic water. However, these pumps were expensive to maintain and had a high power consumption.

For a new phase of the project NETZSCH offered a pump package which involved the use of different types of pumps for various applications: NEMO® progressing cavity pumps for polymer dosing and disposal of the gypsum slurry.

Moreover, NETZSCH engineers proposed a TORNADO®rotary lobe pump for the lime slurry dosing. The TORNADO® is well suited to the limestone slurry because of its robust design.

The hardened steel rotary lobes with a thin rubber inlay work in an elastomer housing.

This helps to significantly reduce wear. Service intervals are subsequently increased, in some cases by a factor of four when servicing is being carried out, the rubber housing inlay can be quickly and easily replaced and at a much more reasonable price than wear plates or a complete housing.

It has since become clear that the revolutionary design of the TORNADO® rotary lobe pump has increased both the productivity of the system and the length of the maintenance intervals. Significant cost savings for the operator due to the avoidance of downtime are a particularly positive aspect of this.