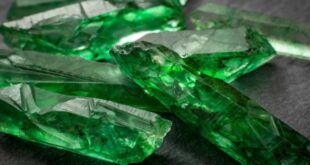 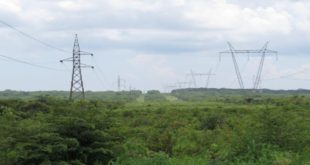 Mila Kunis, a renowned actress at the Hollywood, has reaffirmed
Gemfield Zambia Limited’s reputation as a global leader and supplier
of responsibly sourced coloured gemstones precious metals when she
wore emerald jewellery at the 71st Golden Globe Awards on Sunday night
in Los Angeles.

Kunis, who previously won a Golden Globe for her role in Black Swan,
presented an award with Jupiter Ascending co-star Channing Tatum, at
this year’s ceremony, which took place on January 12 at the Beverly
Hilton Hotel in Los Angeles.

She showcased the company’s credibility when she strolled in the
packed awards ceremony venue, was smacked in emerald-cut studs by
Marina B in 18-k gold weighing 10.94 carats (total weight) emeralds,
valued at $240,000, in addition to the emerald bangle by Marina B in
18k gold and black metal 1.90ct emerald 2.29ct diamonds also valued
at $56,400, which arguably added to her unmatched natural beauty.

“The star wore stud earrings and a bangle by Marina B to last night’s
glittering Golden Globe Awards. To compliment her emerald jewellery,
Kunis worn a bespoke Gucci Premiere gown,” the company said in an
emailed statement to the Zambian Mining News in Lusaka today.

The emeralds were mined at the world’s largest emerald mine, Kagem
Mine in Lufwanyama District on the copperbelet, which is owned by
Gemfields in partnership with the Zambian government.

The beauty pageant, who has since 2013 been appointed as Global
Ambassador and face of Gemfields the global leading supplier of
responsibly sourced coloured gemstones, Kunis has become an advocate
for the company’s approach.

Gemfields Zambia Plc, is a leading gemstone miner listed on the AIM
market of the London Stock Exchange (ticker: ‘GEM’). The company’s
principal asset is the 75 percent owned Kagem emerald mine in Zambia,
the world’s single largest emerald mine.

In addition to the Kagem emerald mine, Gemfields has a 50 percent
interest in the Kariba amethyst mine in Zambia. The company also owns
controlling stakes in a highly prospective ruby deposit in Mozambique
and licences in Madagascar including ruby, emerald and sapphires
deposits.

In July 2009 Gemfields commenced a formal auction programme for its
Zambian emeralds. To date, the Company has held 14 auctions which have
generated revenues totalling US$224 million. 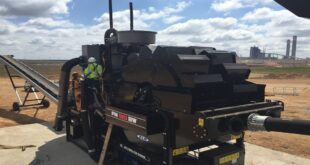 A thirty-year partnership between Terex Washing Systems and multi-franchise distributor, ELB Equipment, has led to …