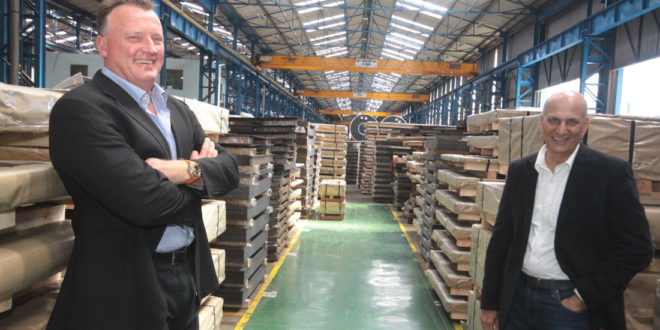 According to industry sources, much of this can be attributed to the extreme volatility of the primary pricing.

The company said the price fluctuations result in a knock-on effect which is very hard to contend with.

“If we are experiencing this, then our downstream customers must be even more adversely affected,” Rippon remarked.

“What the market desperately needs at this point is a more stable and reality-based pricing system going forward. Quoting customers accurately – even three months ahead –  is extremely difficult when you have this level of pricing volatility to contend with,” he adds.

Until March 2006, the primary steel producer used import parity pricing – where the price of steel was set based on what it would have cost if the product had been imported – as is common in most global steel markets today.

In March 2006, however, an international ‘basket of prices’ was introduced, reportedly to enhance transparency in the pricing system and allow for the introduction of a major rebate system. T The ‘pricing basket’ was calculated by taking an average of domestic mill prices (excluding freight), for steel in China, Germany, Russia and the US.

However, the bottom line is that for Allied Steelrode and its downstream customers the effect of price fluctuations is potentially severe.

“Unfortunately, if there is not some rationalisation of pricing levels, we – along with many other companies in the industry – will be forced to import more of our steel requirements,” said Rippon.

“At Allied Steelrode, an unwavering dedication to customer service and quality, and the loyalty of our valued customers, is the reason that we have still flourished in what is actually a very difficult market.

These key elements, combined with our adherence to a bold strategy of making substantial investments in technology, in order to create value-driven demand, and to position ourselves for market recovery – such as the purchase of our first and second stretcher levellers – has ensured our continued success,” Rippon explains.

Rippon also raises the point that many major decisions about the South African steel sector are made overseas.

“These stakeholders are removed from the reality of doing business locally, and also do not have the interests of the local steel industry at heart.”

Rippon furthermore points out that pricing protection seems to only be between the primary producer and the government, and does not extend to protect or assist the downstream industry.

“The current predicament that the South African steel industry is in – caused by this pricing issue – ironically goes against the whole steel industry value-adding product paradigm – not to mention the ‘proudly South African’ manufacturing initiative.

“Ultimately this pricing issue is not encouraging – nor indeed fostering – local steel sector growth. If the local industry ultimately flounders as a result of the pricing volatility and South African manufacturers cannot produce locally, then they cannot successfully export either – and the economy as a whole loses out,” he said.