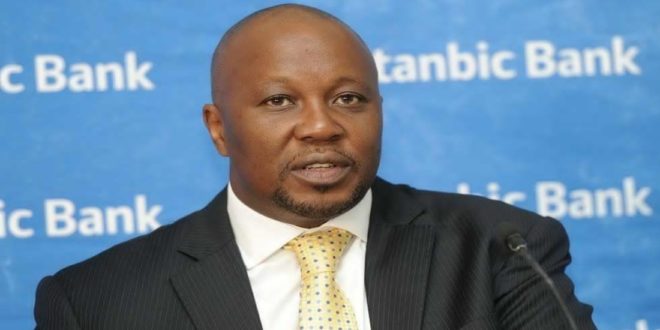 As part of efforts to signal its commitment to back the mining sector, Stanbic bank is sending a high profile delegation to the upcoming Mining Indaba.

“Mining matters to the people of Zambia. It is the country’s largest exporter, its largest taxpayer and largest private sector employer,” said Leina Gabaraane, Chief Executive Officer at Stanbic Bank.

He says the bank sees itself playing a pivotal role in the economy, and the mining industry has to be a key part of that commitment.”

“Stanbic is an all-weather friend to the extractives sector, which is by nature cyclical. Through good times and tough times the industry needs strong financial partners, whether to fund capital expansion plans or manage its day-to-day working capital requirements,” said Gabaraane, Meanwhile Finance Minister Margaret Mwanakatwe and Minister of Mines and Minerals Development, Richard Musukwa will also attend the event, which kicks off today.

The conference will be opened by South African President Cyril Ramaphosa joined by President of Ghana Nana Akufo-Addo, It has also attracted more than 35 ministers from across Africa.

Stanbic is the largest funder of the country’s mining sector providing US$3 billion of finance over the last five years.

The Mining Indaba is the sector’s largest conference, which brings together industry and government leaders from across the globe.