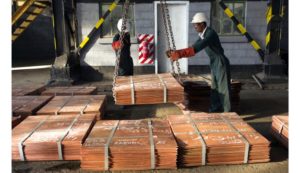 On September 28, the Zambian Ministry of Finance announced it will expand and increase taxes on mining companies operating in the country, as part of its 2019 budget. Speculation on the possibility that the mining industry would be targeted in next year’s budget had grown over the past weeks following an announcement by the government in early September in which it announced plans to trim the country’s fiscal deficit despite increasing overall expenditure. Our Country risk team views these new measures mainly as a response to the government’s greater commitment to slow the accumulation of new debt in a bid to reassure investors after the kwacha depreciated by 23.8% in the month of September.

The following key mining tax changes and additions were introduced as part of the new budget:

The new measures confirm our previously-held view highlighting growing downside risks to Zambia’s mining sector as rising fiscal deficits recently prompted the government to toughen its rhetoric on mining companies in an attempt to raise funds. We believe higher taxes and royalties will increase operational costs for the domestic mining sector, likely leading to reduced output as a result. Indeed shortly after the budget announcement was made, Zambia Chamber of Mines President Nathan Chishimba declared that the measures will push many firms into loss-making positions, forcing them to scale back production. For instance, it is estimated that one of the country’s largest copper miners, First Quantum Minerals, will witness a rise in all-in sustaining costs from USD1.65/lb to USD1.68/lb. More generally, the latest tax hike represents the 10th time miners in Zambia have witnessed a shift in tax rates over the past 16 years, thus increasing policy uncertainty and negatively impacting investor sentiment. As such, we have revised down our copper production growth forecasts in the country from 6.0% and 8.0% in 2019 and 2020 to 5.0% and 4.0%, respectively – despite our conviction that copper prices will continue to rise over the coming years.

What’s next: We have previously seen the Zambian government backtracking on proposals to increase mineral royalties and taxes in 2015 after Barrick Gold Corporation threatened to suspend operations at its Lumwana open pit copper mine. That said, we do not think President Edgar Lungu’s administration is likely back off this time, as investor concerns over debt sustainability will force the government to implement the needed reforms, while rising copper prices will offer a key bargaining chip in tax negotiations with the miners. On the other hand, our forecast for copper prices to rise from USD6,700/tonne this year to USD7,100/tonne in 2019 and USD7.200 in 2020 will also serve to soften the impact of increasing royalty rates on mining companies’ profitability. Much like in the DRC, where mining royalties were increased earlier this year, we do not expect an exodus of mining companies leaving Zambia in the coming months as a result of the new tax measures – leading us to maintain a positive outlook for the country’s copper production outlook ahead.