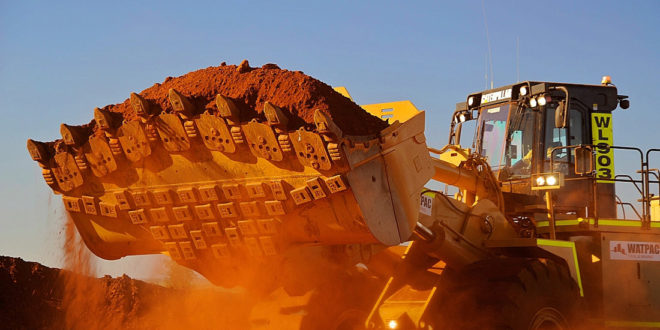 UMCIL to open iron-ore mine in October

Andrew September 7, 2017 Features, News Comments Off on UMCIL to open iron-ore mine in October 3,189 Views

The US$70 million iron-ore mining company being set up by Universal Mining and Chemical Industries Limited (UMCIL) in Nampundwe’s Sanje Hill area, expected to create 1,000 jobs, will commence operations this October.

UMCIL sales manager Benjamin Belemu said the company, which operates the Kafue Steel Plant under Trade Kings Group of Companies, will stop using scrap metal, which it currently uses as a raw material for making various steel products once the iron-ore mine is operational.

Mr Belemu said in an interview here on the sidelines of a conference on development and initiative strategies for Africa held under the theme, ‘Infrastructure and sustainable development’.

“Zambia is richer in iron-ore deposits than copper deposits and they are found in almost every province unexploited,” he said.

He said the company will continue to produce quality steel as this is critical to building better and durable infrastructure.

Mr Belemu said the Kafue-based steel firm will partner with key stakeholders through the National Construction Commission (NCC) to identify new markets in the region apart from South Africa and Burundi, among others.

And speaking during the conference, University of Johannesburg scientific chairman Professor Innocent Musonda said there is need for stakeholders in Africa to work together to effectively provide infrastructure solutions.

Prof Musonda said challenges on the continent must be sorted out in the manner deemed fit by inhabitants as opposed to “copy and paste” models obtained from outside the continent.

The conference, which has attracted 16 countries, which include United States of America, Australia, United Kingdom and China, seeks to brainstorm common challenges in infrastructure.