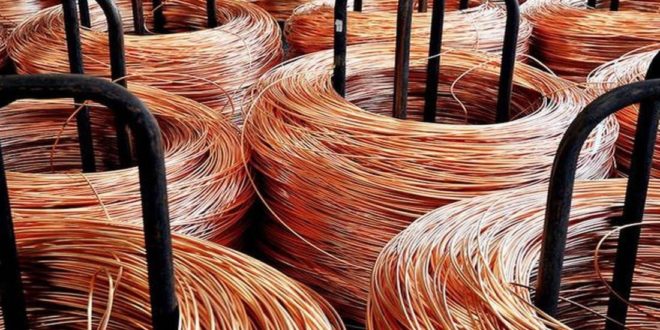 ‘With Mopani Copper Mines we are very close but I don’t want to be overambitious’, says President

Evans Mumba April 26, 2022 Features, News, Top Stories Comments Off on ‘With Mopani Copper Mines we are very close but I don’t want to be overambitious’, says President 2,785 Views

President Hakainde Hichilema said on Monday that the Zambian government is close to finding a private investor for Mopani Copper Mines in order to increase production at the mine, which is one of the country’s largest.

Zambia borrowed $1.5 billion to buy Mopani from Glencore in January 2021 and has been looking for a new investor for the mine since then, which requires significant investment to increase output.

“We believe that with Mopani Copper Mines we are very close but I don’t want to be overambitious,” Hichilema told a press conference in Lusaka.

“I have seen media allegations that we want to give KCM to Vedanta – those are falsehoods, that’s not true. We want to unlock KCM. It’s a Zambian asset and nothing should stand in the way so that the people of the Copperbelt and Zambia can benefit,” Hichilema said.

Hichilema added, however, that the KCM liquidator should never have been appointed.

“We are trying to remove that constraint so that we can now have a commercial solution at KCM,” he said, without giving further details on what such a solution would look like.

Zambia’s copper production fell by 4.5% in 2021 to 800,696 tonnes, national statistics showed last month, a drop which the Chamber of Mines attributed to a lack of investment due in part to an unattractive mining tax regime.

Share
Previous Fuel prices set to affect number of investors willing to invest in the mining sector
Next Mining set to benefit from the bilateral talks between DRC, Zambia