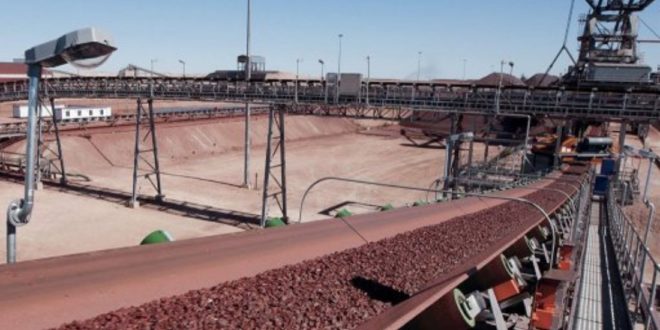 Zambia’s growth is projected to slow to 2% this year, reflecting a decline in mining sector activity, owing to policy uncertainty and the ongoing drought’s impact on the production capacity of the country’s hydropower plants, according to a press release published by the International Monetary Fund (IMF) last month.

However, it is not only the lack of activity in Zambia’s mining sector that will contribute to the country’s low growth rate this year, he highlights.

With government’s running up domestic arrears, many people are not getting paid and are not able to contribute to the economy.

Further, with local interest rates at 33% and inflation at 11%, no business is going to borrow money, with the only real hope for growth in the public sector, says Louw, noting, however, that “Zambia has largely played that hand already”.

He states that, to turn the tide, Zambia needs to reduce its spending by almost $700 000-million a year for the next three years, according to the IMF.

“The country is slowly running out of reserves, growth is starting to collapse and it can’t access new financing, as Eurobond holders, like Investec, refuse to provide any more money for the country. The Chinese are also slowing down on their disbursement.”

This poor fiscal and debt management has resulted in continuous policy changes in the mining sector, a major source of revenue for Zambia – contributing 11% of gross domestic product and 25% of private-sector employment.

Louw explains that owing to its fiscal distress, the country has targeted the mining sector by trying to change mining royalties and failing to pay value-added tax (VAT) claims. It also plans to replace its VAT with a controversial sales tax regime.

Subsequently, mining companies are reluctant to invest further capital in the country, with Canada-based mining and metals company First Quantum Minerals holding back $1-billion in investment, he says.

Consequently, Zambia is not a “cheap place to mine” anymore, with miners also facing inadequate electricity supplies. The impact of the prolonged drought has resulted in water allocated from Kariba for power generation being reduced by two-billion cubic metres to 36-billion cubic metres.

“This fuels fear that Zambia will nationalise its mines should it run into further financial trouble. I don’t think it will, as there is a specific story with regard to KCM. However, this story still influences investor sentiment, with investors looking for stability, which Zambia is currently lacking.”

Although the country is trying to drive growth in other sectors, such as agriculture, to improve its financial situation and attract investment, this initiative is overshadowed by its macroeconomic situation.

“The country is in the eye of the storm. Government is aware of this, announcing in July that Finance Minister Margaret Mwanakatwe, who was poorly perceived by foreign investors, would be replaced by central bank deputy governor Bwalya Ng’andu.