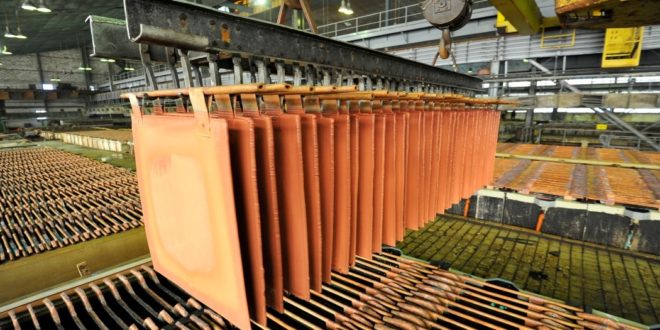 Chambishi Metals owners are to blame for the mine shut down

Evans Mumba January 24, 2020 Local News, News, Top Stories Comments Off on Chambishi Metals owners are to blame for the mine shut down 2,480 Views

Mineworkers Union of Zambia (MUZ) believe that Euro-Asia Resources (ERG), owners of Chambishi Metals, are to blame for the mine shut down and are urging the government to consider revoking the mining licence.

Over 200 workers have been retrenched at Chambishi Metals after the company was placed under care and maintenance by its owners ERG on Monday.

MUZ president Joseph Chewe said that the investor has not been pumping money into the firm to boost operations and believes its time the government find a capable alternative investor to run the company profitably.

“ERG group has failed to run the plant. You recall that this plant has been closed several times so we can only call upon the Ministry of Mines that ERG nabafilwa (they have failed). They should return the licence, they give to us, because these jobs we keep losing, it’s inflicting poverty in the Chambishi community. ERG has failed this on and off operations is detrimental.

“Of course the other reason is that the company has gone into care and maintenance is that there has been no money put in the operations to buy concentrates either from Lumwana and elsewhere just like KCM, Chambishi Copper Smelter, they are buying concentrates from other mines other than resorting to the closure,” Chewe added.

Chewe said MUZ had been encouraging Chambishi Metals to find a mine where they can find reliable resources.

ERG says the reason the mine has been closed is due to lack of feedstock to continue sustaining its operations.

But the Mineworkers Union of Zambia has demanded that ERG hands back its licence so that the government can find a serious investor.

Chewe disclosed that only 28 workers would remain maintaining the mine, while 229 others have since been retrenched and would leave the mine at the end of this month.

Managers are expected to leave immediately.

However, the union successfully negotiated a severance package for the retrenched workers taking into consideration the loans some of them obtained while in employment.

“We also put it to the company that most employees have gotten loans and they may not get what is due to them because the money might go to service loans. So as a union we have also taken initiative to negotiate a package of K45, 000 across all workers that will be affected and a K6,000 in terms of repatriation,” he said. “So this is the package that workers will get. We know that this company will have a serious impact on the community of Chambishi and the country because it produces cobalt which is a flagship for this country including gypsum and acid. This is a metallurgical plant, they don’t have a mine.”

He also disclosed that management indicated that the plant might not be reopened in the next two years.