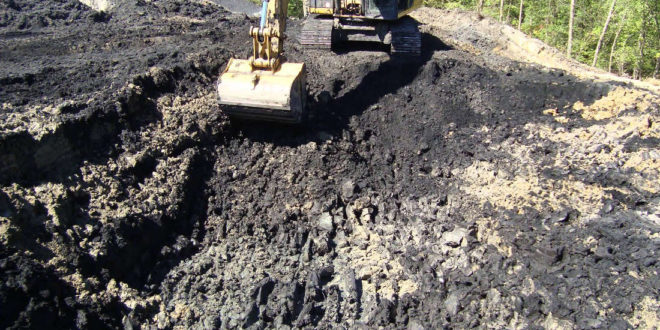 Chingola’s disused mine land gets regeneration

Konkola Copper Mines (KCM) and BetterWorld Energy Zambia have started rehabilitation of disused mine-land outside the Copperbelt town of Chingola.

The project funded in partnership with donor agencies and other financial institutions, will see the planting of 400 000 of the trees over the next three years.

The disused mine-land consists of 700 hectares of overburden (waste rock) and tailings (also known as mine dumps) left over from the mining operations of Zambia Consolidated Copper Mines (ZCCM) in the 1990s, prior to privatisation and the land now belongs to KCM.

In partnership with land regeneration experts, the $7.5 million project is an environmental world-first.

Unique species of tree from India that can produce diesel fuel and other valuable by-products has been successfully planted.

The trees are expected to produce some 2 ½ million litres of diesel fuel a year for use by KCM’s mining operations, as well as various high-value pharmaceutical biochemical for export.

The project is also expected to create approximately 2 000 jobs in the local community.

The tree at the heart of the project is the Pongamia tree, which is found in India and other parts of Asia. What characterises the tree is its unusual environmental and commercial properties.

Environmentally, it grows well in arid conditions of intense heat and sunlight, and will even take root in sandy or rocky soil. Its thick foliage provides shade that keeps the soil from drying out; and its roots infuse nitrogen back into the soil, producing rich nutrients.

Commercially, the pods (seeds) that grow on the tree can be harvested and treated to produce a range of useful products.

“Planting Pongamia trees on disused mine-land made sense on paper,” said Tripathi. “But it had never been done before in practice. So, we did a pilot project to test the survivability of the trees.”

The pilot project targeted a 4-hectare test plot on one of the tailings sites. A more hardy and fast-growing strain of the Pongamia – known as Elite Pongamia – was used. Some 2 000 trees were planted in November 2016.

Just over half a year later, by mid-2017, more than 99% of the trees were still surviving, despite the harsh conditions at the site.

“This was an outstanding success, given that the common first-year survivability rates on similar sites are less than sixty percent,” said Tripathi.

Other plants – including tomatoes – are starting to take root centimetres away from the Pongamia trees themselves, a sign of the increasing nutrient content of the soil.

“To further improve the quality of the soil, we’re going to fertilise it with water from a series of fish-farms that are being built around the planting area,” said Tripathi.

“The natural waste from the fish produces water very high in nutrients. That can then be used as fertiliser.”

The first fish-farm is already under construction next to the pilot site and lined with an impermeable material to protect it from the soil of the tailings area. It will soon be filled with water, and stocked with small fish known as fingerlings.

“And of course, the fish will be a vital source of protein for the community,” says Tripathi. “When the project is at full strength, there will be at least a dozen fish-farms.”

The commercial spin-offs are equally significant. The charcoal-substitute will help to prevent the deforestation that arises out of excessive burning of trees to make charcoal; the various by-products, such as fertiliser and pesticides, have great export potential; and KCM itself will be able to source a portion of its annual consumption of diesel fuel locally, instead of having to import it.

BetterWorld Zambia sees the KCM project as the tip of a very large iceberg, because of the many tailings sites in Zambia – the potential in the Copperbelt alone is some 5 000 hectares.

“We’d like to think that this project could eventually spark a mini-revolution in mine rehabilitation, not just in Zambia, but globally too,” said Benjamin Warr, Chief Executive Officer of BetterWorld Zambia.