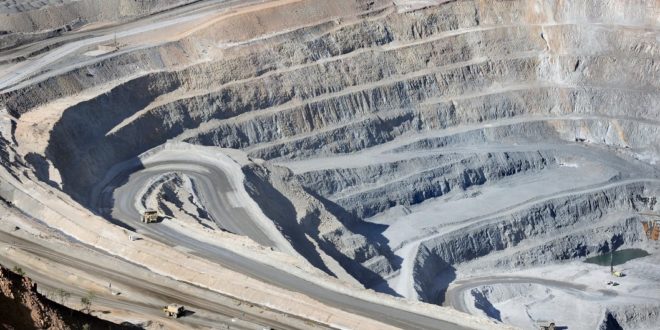 Diversified miner Glencore made payments of $7.7-billion to the governments of countries in which it operates in 2019.

This includes $96.6-million paid to the South African government in taxes, royalties and other payments.

Thirty per cent of these payment contributions went towards adjusted effective tax rates, while $5.2-billion was paid in salaries, wages, social security and other benefits. Glencore also invested $9.1-million in infrastructure such as public roads, sewage and power networks and water processing and distribution.

Glencore CFO Steve Kalmin says that being active at multiple stages of the commodity supply chain enables the group to deliver significant and sustainable economic benefits to its host governments, employees, suppliers and communities.

“The activities of resource companies and the payments we make support governments to realise value from their natural resources. Governments can use the taxes and royalties that we pay to fund public services and infrastructure to improve their nation’s quality of life.”

He adds that, during 2019, Glencore’s total payments to government, including those relating to its ownership interest in the Antamina, Cerrejón and Collahuasi joint ventures, were around $7.7-billion, of which $4-billion is reported pursuant to the European Union (EU) Accounting Directive extractive industries’ reporting requirements. This compares with a 2018 total of $5.7-billion and $3.7-billion under the EU reporting requirements.

Glencore has, over the past ten years, invested $7.2-billion to acquire and develop its assets in South Africa.

In South Africa, the miner spent $377-million on capital expenditure, making a total payment of $1.3-billion to government and paying 19 400 employees and contractors in 2019.

Glencore Coal has also rolled out a free WiFi initiative to a number of communities in the Mpumalanga province. The initiative includes 15 hotspots that enable access for up to 250 users with each user receiving 500 Mb/d of data. The majority of the users are between 18 and 34 years of age and are either students or unemployed people seeking work.

In Mpumalanga, Glencore’s Lydenburg smelter worked in partnership with the Department of Public Works and Ehlanzeni College to expand the college’s footprint to Mashishing.

The miner notes that the new vocational education and training college has already transformed the skills and career prospects of young people across the district. It offers easy, affordable access to tertiary education for parents who cannot afford to send their children to study outside Mashishing.