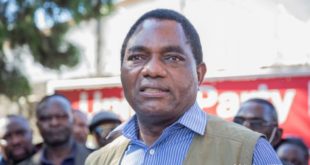 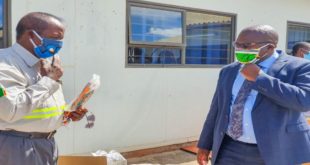 Government seeks to re-organise the emerald and precious stone industry to ensure that the sector realizes its full potential as one of the country’s foreign exchange earner. Minister Christopher Yaluma previously noted that the auctioning of precious stones outside the country has resulted to stones being less recognised to its worth locally.

Speaking when he officiated at the opening of the fourth auction floor of high quality rough emeralds held by Kagem  Mining Limited in Lusaka, Yaluma said it is Government’s desire to raise the profile of the gemstone sector to enable it contribute effectively to the economic growth of the country. He stated that the emerald industry has failed to make meaningful contributions to the country’s economic growth programme because of the manner it was being exploited and that the marketing of the precious metal was being done on a small-scale with no defined market.

The Minister further explained that Kagem has demonstrated that mining of emeralds at a large scale and having a transparent and defined market is the best way to go in ensuring the industry can contribute to the growth of the country.

It is against this background that the Government seeks to re-organise both the mining and marketing of the emerald industry to realize the potential of the sub-sector and contribute effectively to the growth of the economy of the country.

On marketing, it is the desire of the Government to initiate measures that will ensure all producers auction their emeralds within the country which will result in seeing the presence of various producers at future auctions and allow buyers to have a wider variety on where to buy the emeralds.

In additions, the Government will soon engage all producers of the emerald to come to a common understanding on how to market and mine the precious metal. The Government seeks to facilitate a transparent and efficient system established in Zambia and ensure maximum returns from the country’s natural wealth.

Yaluma stated that it also the Government’s desire that buyers of the emeralds and other precious stones have access to these markets as well and that to see to it that the development and growth of the country’s gemstone industry is made internationally competitive by providing a suitable and conducive investment climate.

“We want to see a professional industry functioning openly and efficiently and devoid of illegal and nefarious elements,” Yaluma said during the opening of the auction floor that was held from February 21-25 at hotel intercontinental in Lusaka.

During the same auction, Kagem  Mining board chairperson William Nyirenda  said the resources the Government was giving to the players in the gemstone sector through such auction processes benefit not only the shareholders of Kagem. These benefits will indeed accrue to the community of Lufywanyama District where Kagem Mining Limited and other gemstone mines are located. 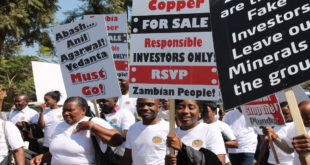