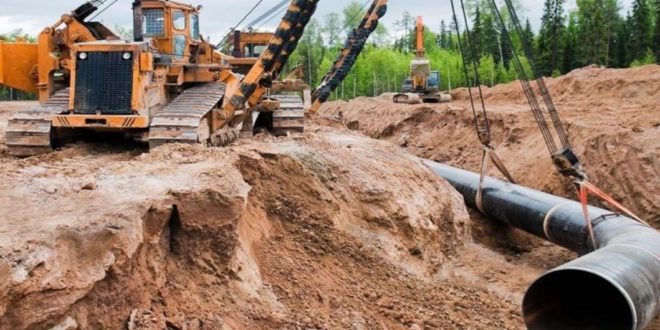 Lobito and Lusaka pipeline project to be commissioned in 2025

Evans Mumba May 28, 2021 News, Projects Comments Off on Lobito and Lusaka pipeline project to be commissioned in 2025 1,396 Views

Angola and Zambia have signed a memorandum of understanding (MoU) on the construction of pipelines between Lobito and Lusaka.

The Angolan statement said studies on the products and gas pipelines may take two years. Following this, both the governments will have to agree to the final decision.

“Once implemented, the pipeline project, which will have several lines, can create up to 4,000 permanent jobs in Angola and Zambia,” said Nkuwa.

Zambia’s embassy in Angola issued a statement on the project. Ambassador Lawrence Chalungumana said the agreement started the “long overdue project that will make fuel cheaper in Zambia”.

Sonangol will develop the pipeline with IDC Zambia, the Zambian Observer reported. The ambassador said the project should be commissioned in 2025.

Before signing the MoU, the Zambian minister had visited the Barra do Dande terminal.

Sonangol chairman Sebastião Martins said work on the terminal was restarting, following an interruption in 2017.

“The area is strategically well located”, he said. The terminal and the Lobito refinery will both serve the Angola-Zambia pipeline. The facility will “store refined products for internal distribution and the Lobito terminal, flowing from there to Zambia”, Martins said.

Barra do Dande should be completed in 2022, the Sonangol executive said as work may resume in August this year.

Nkuwa mentioned that Zambia had been working towards signing the MoU with Angola for 10 years.

“The act will strengthen ties between two countries and peoples, encourage regional trade, facilitate the exchange of resources between Angola and Zambia and create job opportunities in both countries,” said the Zambian official.

Angola is in the process of building a number of new refineries. In March, the country awarded a build, own and operate (BOO) contract to the US’ Quanten for the Soyo refinery. The 100,000 barrel per day refinery will cost $3.5 billion.

Angola and Zambia have reached MoUs on similar projects before. An agreement in 2012 set out the aim of completing a pipeline by 2016.