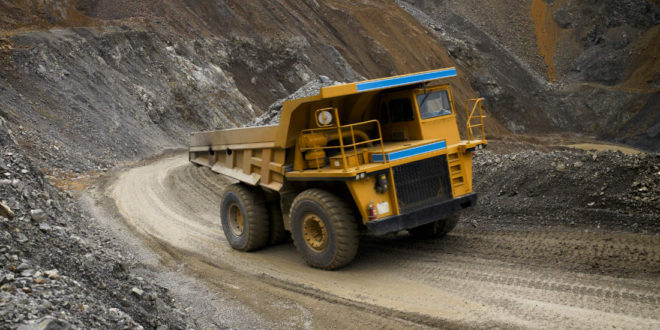 Africa’s second largest copper producer Zambia is on a rebound path to regain its top spot on the continent after being surpassed by the Democratic Republic of Congo – DRC (3) years ago. Zambia’s peak was on the 1972 era when the mines were nationalized. In the period the Southern African nation produced 750,000 metric tons and was second to Chile if not the United States. However Zambia was adversely impacted as part of a global downturn that saw metal prices plummet post the 80’s. Productivity slumped to 200,000 metric tons which brought the mines their knees triggering privatization between the years 1991 and 2000 (this was the liberalized economy era). Today Zambia projects to produce 850,000 metric tons in 2017 a significant increase from last years 775,000 metric tons and 710,000 tons in 2015, the Minister of Mines and Mineral Development Christopher Yaluma said. The Honorable Minister said Zambia will surpass Democratic Republic of Congo – DRC in 2018. Zambia is currently 7th in the world and will target to be 5th end of this year.

New Investments in the sector: – In addition to the already existing mines, new investments will be required to increase the production numbers. The nation has vast deposits that are untapped. The Ministry of Mines has licensed a number of explorations for copper, uranium, manganese and oil in various blocks of the nation. Govieks Uranuim (TSVX: GXU) of Canada has taken over the two (2) licenses that were granted to Denison Uranium and African Minerals in Siavonga Kariba area for Uranuim exploration. Explorations for Manganese are ongoing in Northern, Luapula and Central Provinces of Zambia. Emerald auctions have continued to put Zambia on the map with Kagem Minining products competing with Colombias stones fetching record high prices per carat every year. Oil licenses has 12 licenses granted of which 2 are operational namely for blocks 31 and 54. Block 54 has completed its Ariel electromagnetic survey and will communicate results. Block 31 will follow by Tullow Oil which suspects oil deposits around the Tanganyika area which is part of the Great Rift Valley, Mr.Christopher Yaluma advised.

Favorable Government Policies:- Consistent well consulted policies will spur growth in the industry. Policies that will open the mining industry to new business and provide clarity around mineral royalty and value added taxation are very key to a sound mining industry.

The Zambian mining sector has in the past been hard hit by two key challenges namely depressed metal prices and energy poverty. The former is beyond the authorities control while the latter has been due to under investment in diversified energy sources. Because of a depression in metal prices revenue generation has been a key concern translating to lower taxes and mineral royalties while power in 2015 and 2016 capped mining productivity to 50% to ease pressure of the grid. The mines consume 57% of power. It is for this reason that mines like Vedanta Resources are contemplating on investing in a 300MW plant to cushion such deficits as and when they arise. Chairman Anil Argrwal was in the country early this year where he held closed door talks with Zambia’s Head of State. Vedanta committed to investing a billion dollars in Minining expansion to include a power plant. Energy deficits led to the expedition of the 300MW geothermal plant in Maamba funded by Barclays Bank. This has assisted demand for coal to spur higher.

The mines in Zambia are well known for outsourcing services which the minister said government was constituting an investigation and review to address this anomaly. Contracting he said, was a key concern around capital flight and above all job security for Zambians which has been reduced to a 2-3year from 25-30yr contract life span the Minister said. Konkola Copper Mines has been reported to subcontract most of its works and workers which government will be looking into.

The Mines Minister has grappled with metal prices, production and economic benefit equation. In an interview with Our Mining and Metals  Analysts, Honorable Yaluma said copper blisters fall short of the 2% to completion on productivity. Let alone the blisters contain other minerals such as gold etc. However exporting blisters which could have been processed locally simply entails exporting employment elsewhere and Zambians lose out on well being, he said. The government is now deeply involved in conversation to set up processing plants in Zambia he said. Konkola Copper Mine has a refinery which is currently not functional because the mining giant shut it, he said. The mines are said to import 95% of process inputs to service the mines which reduces the value addition benefits further. The government working with suppliers association has hinted on Regulation that will dictate what percentage of process inputs should come from local and international supplier to promote the Zambian players, the Minister said.

Zambia had a copper refinery in Ndola back then which the government is pushing for its re-opening. Late last month, a company called Neelkanth Cooper opened a plant in Ndola for manufacture of copper cables which the President commissioned. The state is encouraging private public partnerships – PPPs in driving this agenda together to improve the value addition chain to increase the economic benefits to Zambians.

Similar to the Chile operating model where the state owns most stake in mines, the government of Zambia contemplates on increasing its equity holdings in the mines at the slightest chance it gets. This may not be that easy at this point but the state instead is encouraging Zambian consortiums that may wish to take up mining risk which governmemt is ready to guarantee. Zambians are urged to partner with international players to get into the mining space, that way local participation will increase in the private sector as opposed to leaving it 100% to private investors.

The Honorable Minister advised that most of Zambia is not explored for potential mining activity meaning there are vast opportunities for mineral explorations that Zambians can take up to benefit the nation. The Minister said he will be more than glad to assist with licensing for locals that are keen on exploration purposes. Zambia potentially has Oil, Manganese, Copper, Emeralds and other key minerals. The Honorable Minister encouraged diversification in the sector too.

Zambia has increased Minining scrutinty through membership of Extractive Industry Transparency – EIT bodies that have assisted the Mines Ministry detect the volumes and quality of metal the mines are extracting from the earth. Other mechanisms such as VSPM are in place for monitoring value chain and assist with government policy around taxation levels etc.

The Minister of Mines declined to comment on the Zambia Consolidated Copper Mines Investment Holding Limited (ZCCM-IH) and First Quantum Minerals – FQM issue as matters were partly still in the courts.