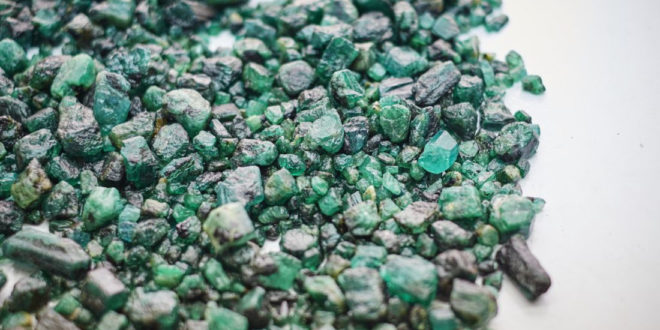 Kagem Mine has sold a total of US$10.8 million at the company’s auction in India recently.

According to the company proceeds from will be fully repatriated, with all royalties due paid on the full sales prices achieved at the auction.

The auction was of predominantly commercial quality rough emeralds mined by Kagem Mining Ltd – believed to be the world’s single largest producing emerald mine.

Government authorities monitored the auction which took place in the Indian city of Jaipur, the main global centre for emerald trading.

Though bidding at the auction was thinner than usual, Kagem attributes the development to several customers noting decreased availability of financing for gemstones in India due to allegations surrounding fraudulent bank lending to Nirav Modi and Gitanjali, two leading diamond and jewellery groups in India.

However, Kagem remained optimistic citing that its next auction scheduled for Lusaka later in the year should be of predominantly higher quality emeralds.

“This auction sees Kagem pass US$500 million of aggregate revenue since Gemfields acquired its 75% stake in 2008.

“We believe this is the first time a coloured gemstone mine has transparently attained this milestone with publicly available data,” said Sean Gilbertson Gemfields Chief Executive Officer.

Government’s share of these revenues – in the form of royalties, corporation tax and dividends – exceeds US$105 million, or 21% of the revenue generated, a figure which also solidly exceeds Kagem’s aggregate net profits over the same period.

The auction saw 31 companies placing bids, generating total revenues of US$10.8 million with an overall average value of US$3.05 per carat.

Robust demand resulted in 95% of the offered carats being sold (or 90% of the number of lots offered).

The company’s 27 auctions of emeralds and beryl mined at Kagem since July 2009 have generated US$506 million in total revenues.

Gemfields has developed a proprietary grading system and a pioneering auction and trading platform to provide a consistent supply of coloured gemstones to downstream markets, a key component of the company’s business model and has played an important role in the growth of the global coloured gemstone sector.