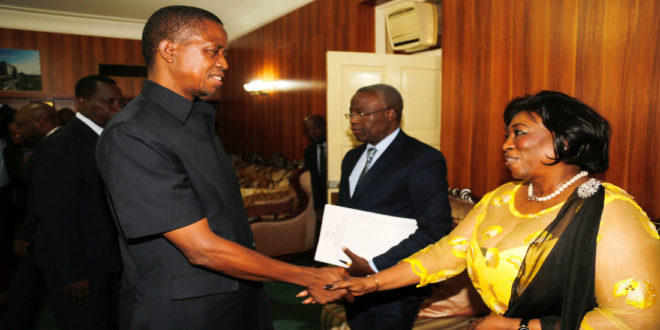 The Republican president of Zambia has acclaimed the visit by former African heads of states as very meaningful and encouraging to the government in sourcing for more developmental links with Angola.

President Lungu says the two countries have not sufficiently integrated economically hence the need for avenues that will enhance trade.

The President mentioned this when outgoing Angolan Ambassador to Zambia Balbina Da Silva paid a farewell courtesy call on him at state house in Lusaka.

Among the few things highlighted by the Head of State was the need to implement the construction of a pipeline, roads and railways systems between the two countries.

He noted that a pipeline connecting Zambia and Angola will help relieve the burden of importing fuel.

President Lungu further advised on the need to engage the private sector from both countries for goal attainment purposes.

The President thanked Ms. Da Silva for her distinguished service to Zambia during her tenure of office from October 2011.

And Ms.Da Silva has thanked President Lungu for facilities that she was given and for having worked with Government in strengthening relations between the two countries.

She said the ongoing projects will continue with her successor and that her Government considers economic and trade relations with neighbouring countries as a priority.

Zambia’s Head of State looks forward to the completion of ongoing joint projects and other agreed-on collaboration between the two countries.