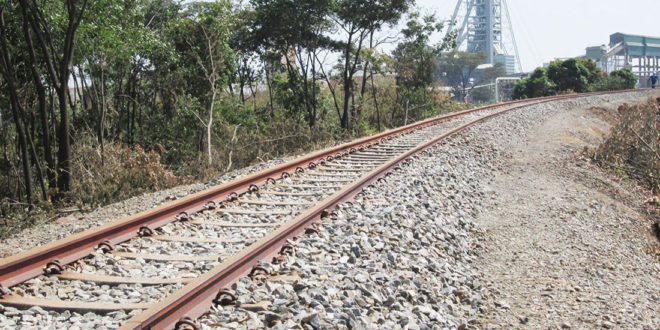 Zambia keen to use Lobito Corridor

In recent remarks to the press, Zambia’s Minister of Transport and Communications, Brian Mushimba, acknowledged the work being carried out by the Angolan Government in the field of infrastructure construction for the transport sector. He also stressed what he had witnessed was a good example for other African countries to follow.

“I had the privilege of visiting some infrastructure projects in the country’s transportation sector and welcomed the work being done by Angola,” said Mr Mushimba after concluding his recent visit to the country.

Concerning the joint rail link project in Angola and Zambia, Mr Mushimba said his country was making efforts to get the project completed as soon as possible. During the visit to the new Luanda international airport, the Zambian minister was accompanied by his Angolan counterpart, Augusto Tomás.

The visit to the new airport was preceded by a catamaran trip, which departed from the commercial port of Luanda to Kapossoka. During the meeting, the two delegations visited various infrastructure projects still under construction in the Bom Jesus area, and reviewed the various agreements previously signed in the field of air, rail and river transport.

During the occasion, Minister Tomás stressed that the two countries intend to give greater impetus to the agreements already initialled, in order to respond to the concerns of both States. “For there to be economic integration, there must first be integration at the infrastructure level,” he said.

Minister Tomás added that the two countries also intend to be linked by the railways. He admitted that the work in progress is not easy to execute, as it requires the mobilisation of financial resources, preparation of the projects and a set of technical work.

He also argued that favourable conditions should be created in the area of goods and services, export and import, as well as the mobility of people and goods, in order to ensure that the transport sector can operate competitively.

Both ministers also visited the ongoing works for the construction of the Rivungo-Shangombo trans-river channel, in the municipality of Rivungo, province of Cuando Cubango.

The river channel, located between Rivungo’s municipal headquarters and the Zambian locality of Shangombo, will allow for the improvement of living conditions of riverside populations through trade between the two peoples. To this end, a vessel with a capacity for 25 passengers and another one with a 10 tonne capacity is available. The integration with the various logistical platforms of Angola is expected to boost economic, social and tourism development between both countries.

The opening of the river channel in the Cuando river – connecting the regions of Shangombo (Zambia) and Rivungo (Cuando Cubango) – is in the order of 99%, said Minister Tomás. The cross-border project covers a distance of 10km, and includes infrastructures which will be used by, among others, the Fiscal Police, Migration and Foreigners Services.

With the connection of this river network, it will be possible to develop the potential of the region, namely through trade, agriculture, fishing and tourism. The project will form part of another transnational company called Okavango-Zambeze.

The Zambian Minister, while acknowledging the state of development of the project on the part of Angola is visible, admitted that in his country nothing has yet been developed. He assured, however, that his presence was aimed at committing himself to the project