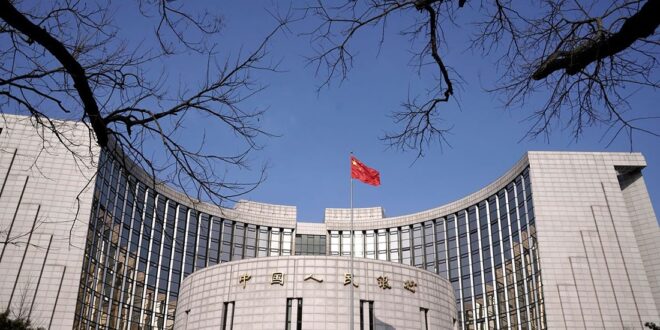 Zambia’s finance minister said on Saturday it is still unclear who will be leading talks for renegotiating its nearly $6 billion debt with China, the largest bilateral creditor of the first African sovereign default in 2020 after the COVID-19 pandemic hit.

China co-chairs a committee of official bilateral creditors with France as part of a debt restructuring that Zambia is seeking under the Group of 20’s Common Framework, a platform for highly indebted countries to rework their debt with bilateral creditors.

“It is up to the Chinese authorities to choose who they want to represent them,” Situmbeko Musokotwane said in an interview on the sidelines of the International Monetary Fund and World Bank annual meetings in Washington.

“I don’t know at this particular moment,” he said, when asked who represents China on the official creditors committee.

Western countries this week ratcheted up their criticism of China, the world’s largest bilateral creditor, as the main obstacle to moving ahead with debt restructuring agreements for the growing number of countries unable to service their debts.

At the end of 2021, China held about a third of Zambia’s $17.27 billion international debt, according to Zambian government data. Since then, Zambia has cancelled $2 billion in undisbursed loans, many from Chinese lenders.

Musokotwane said negotiating with bilateral creditors including China before private creditors had “worked fairly well”, but acknowledged there had been complaints from international investors who hold the country’s sovereign bonds.

“It cannot be plain sailing because people approach it from different perspectives,” he added.

Zambia secured a three-year $1.3 billion loan from the IMF in September. It is now seeking a present value $6.3 billion debt reduction, or 49% of the external debt being restructured. Some bondholders had previously said a 45% cut would be unacceptable.

“There is no point of pretending that there is something that is better, when doing so means that you leave Zambia still with an unsustainable debt situation,” Musokotwane said.

“Because it means we will conclude today, then a month later or three months later, we default again.”

Zambian grain exports could help to address shortages caused by Russia’s invasion of Ukraine, Musokotwane said, adding that the government was hoping to host an overseas agriculture investors forum in the middle of 2023.

“We are making preparations for investors not just in Zambia, but from outside to take advantage of the land resources that we have, to come and produce food to export,” he said.

The country is ready to open up to 100,000 hectares for this investment plan, and will start using a $300 million World Bank approved loan to improve roads, electricity and dams to attract overseas investors.

“Three or four” companies have expressed interest in acquiring Mopani copper mine, he said, including South Africa’s Sibanye Stillwaters, adding the interest was “what gives me the confidence that by the end of this year probably we should have a solution”.

A proposal for the government to have “golden shares” in mining companies would enable it to veto any investors known to not be credible, he said.

The government is assuming an average copper price of $7,500 per tonne in 2023, with growing demand thanks to green technologies likely to support prices, Musokotwane said.