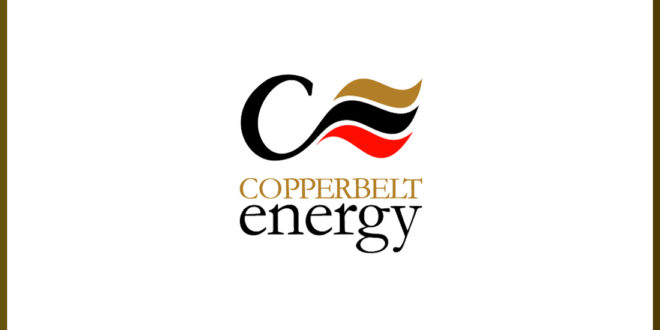 Plans to raise funds for future expansion coupled with deliberate efforts to boost share ownership by Zambians in CEC saw the company list on the Lusaka Securities Exchange, ten years ago.

The company planned to spend $40.5 million on infrastructure upgrades over the next seven years after signing two loan facilities with Citi Bank Zambia and the Development Bank of Southern Africa (DBSA).

The equity was to also replace equipment installed nearly 50 years previously to meet the additional power demand from the mines it supplied.

These objectives were successfully met and today CEC celebrates 10 years on the LuSE bourse.

The private energy provider was listed on the LuSE in 21 January 2008, and has empowered many thousands of Zambians over the years through direct and indirect ownership of CEC’s shares.

Some 360 million shares in CEC have been traded at a value of ZMK 230 million.

According to CEC, the highest share price reached in ten years was ZMK1.46; with a weighted average 10-year share price of ZMK0.64.

Celebrating 10 years as the first and only privately-owned power utility listed on LuSE, CEC has delivered real benefits, some of which include:

CEC became the first comprehensive electricity privatisation in sub-Saharan Africa when the two major investors in ZCCM Power Division sold off their controlling stake in the energy enterprise.

Today, CEC comprises a group of companies with a strong presence in Zambia and business links with the Democratic Republic of Congo.

The energy company stands out as a successful model for privately-owned and managed power utilities in Africa, gaining notoriety in 2009 as the first private power company to attain full membership of Southern Africa Power Pool (SAPP) which is a regional body made up largely of state-owned power utilities.

CEC’s prides itself on the contribution it has made in the lives of the people of Zambia.

“CEC has always placed good corporate citizenship at the centre of its being; making community investments that lead to permanent and positive transformation in local communities,” said the company.

The company plans to play an increasing role in Zambia’s electricity sector and is looking for opportunities to supply power to other industry categories.

“As new generation sources come online, CEC is in a strong position to adapt to changes in the mining sector; and will continue to run lean operations that endure in the boom and bust cycles, and provide value to its shareholders, local communities and the Zambian economy.”