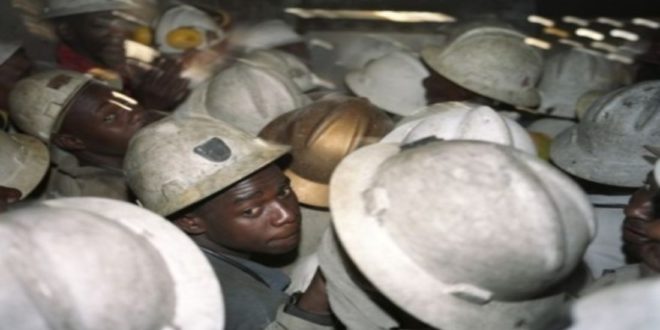 Close to 1,000 miners to lose jobs at Mopani

About 1, 000 miners at Mopani Copper Mines (MCM) are likely to lose their jobs after the mining giant starter its voluntary retrenchment exercise.

According to latest correspondence from MCM Chief Services Manager KV Chitoshi and to the people close to the Development , the company is asking employees to go on voluntary separation or opt for early retirement.

The mining company says it wants to reduce labour due to high operation costs.

All Mopani Schools are not affected by the job cut exercise.

Mr Moyo said job reduction is an old habit adopted by most business entities at this time of the year when unions are on their way to negotiate new packages for the workers.

“This is just a form of blackmail aimed at hoodwinking Unions who are being duped into agreeing to smaller packages for the workers. We want to implore unions in the extractive industries not to depart from their core business of speaking out for workers.

“I hope Mopani will not fall into such a trap of blackmailing stakeholders. Metal prices on the international market are relatively high. Therefore the reasons advanced by MCM to streamline its labour force are basic and not really convincing,” he said.

Mr Moyo said that there is no need for MCM to reduce its labour force at this critical period when jobs are hard to come by.

“We are disturbed with revelations that Mopani Copper Mines MCM on the Copper belt plans to downsize its labour force. According to correspondence, MCM intends to retrench at least One Thousand miners,” he said.

“This will be undertaken through the voluntary separation scheme at both the MCM Mufulira and Kitwe divisions. The reasons advanced by MCM to streamline its labour force are basic and not really convincing. The metal prices on the international market are relatively stable.”

He said there is no need therefore for MCM to reduce its labour force at this critical period when jobs are hard to come by.

“MCM has been a good investor throughout the years. This is a company that has remained stable even at the height when metal prices had plummeted. We are wondering why Mopani now wants to cut jobs at such a time.”

Mr Moyo said the NDC is urging all the unions in the extractive sector not to entertain calls for such job cuts.

“However, threats by mining conglomerates to reduce labour at this time of the year are not strange. We are fully aware that unions in the mining sector will soon be meeting respective mining houses to negotiate for improved salaries and other working conditions for its members. In such situations, it is common for most business entities to resort to blackmail so as to hoodwink stakeholders.”

He added, We urge Mopani Mines not to fall into such a trap. Mopani Mines is a good corporate citizen. As a party, we urge them to reflect on their plans which will certainly have far reaching consequences if left unchecked. We understand, that most mines have operational challenges. However, these challenges can be resolved ably through consultations with relevant stakeholders.”

“We further urge unions in the mining sector should speak out with one voice and ensure that no jobs are lost. It is rather strange that only one particular union is speaking out against the pending job cuts. We want to implore unions in the extractive industries not to depart from their core business of speaking out for workers. Workers should be effectively be represented by their elected representatives.”