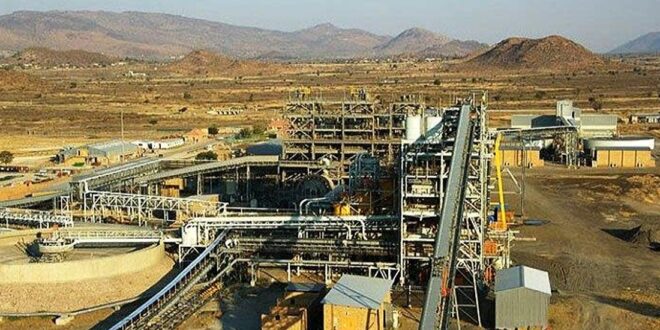 Highlights from a site visit to the Nkombwa Hill niobium and tantalum, rare earth elements, and phosphate project in Zambia, as well as the ensuing thorough summary, have proven to be “massively successful,” according to Jason Brewer, CEO of AQSE-listed mining investment company Marula Mining. He added that the results reaffirmed the company’s faith in the project.

Following an extensive site inspection by company personnel and other project shareholders, Marula provided an update to the market and shareholders on the project on July 27.

“Through this site visit, it has become even more apparent that everything is in place and in motion for further development at Nkombwa Hill at an accelerated pace and which we hope will lead to the eventual production of battery and green metals, at a time when the world needs projects such as ours to come online the most,” Brewer said.

The reported total mineral resource was defined on an area of less than 5% of the project.

During the site visit, Marula’s representatives were able to locate the majority of the diamond drill boreholes that were completed as part of the previous resource definition programme.

The company said a key focus of the site visit was on a major alluvial zone on the project’s southern side, which had been previously defined and investigated in 2008 and 2009, and where niobium and tantalum mineralisation had been identified and preliminary estimates on tonnages and grade had been made.

A sampling programme of the niobium and tantalum mineralisation was undertaken during the site visit, with the samples currently in Johannesburg for metallurgical analyses.

The historical exploitation of the tantalite and niobium oxide material has been reported to have been undertaken on a large scale and areas of previous mining activity were observed during the site visit, Marula said.

The company noted that the metallurgical results from the samples collected during the site visit would be used to optimise and finalise the design of the process flow sheet for on-site concentration and subsequent off-site extraction or refining.

Marula, therefore, proposed the on-site construction and commissioning of a small-scale process plant, comprising a simple and conventional gravity concentration plant, which would be based on the results of the metallurgical test work and expected process flow sheet.

The Nkombwa Hill project licence is valid until December 27, 2024, and extends over an area of about 1 850 ha.

As part of its planned exploration and planned development work, Marula and the other project shareholders will seek to convert the licence into a large-scale mining licence to permit mining and processing activities to proceed.

As part of this process, an environmental-impact assessment (EIA) and other key technical and economic studies will be undertaken.

Marula said its current exploration and site camp had been well maintained and was considered suitable for the initial planned exploration and development activities for the short and medium term.

The Nkombwa Hill project site has access to two boreholes, offices, accommodation, core storage areas, as well as additional areas to allow for an expansion, which the company expects will be necessary as site activities increase.

Marula said the surrounding infrastructure could be considered “good”, with an initial 18-km-long tarmac road to the nearest town and ongoing upgrades to roads and bridges continuing in the area. These upgrades are expected to further benefit the project.

Marula said that, over the next six months, sample analyses will be completed in Johannesburg on the alluvial material identified to contain niobium and tantalum mineralisation.

Thereafter, the metallurgical results will be released and optimisation work must be done to finalise the process flow sheet for the economic recovery and production of a niobium and tantalum concentrate.

The company would also have to see to the design and construction of a conventional and modular beneficiation plant for the proposed phased development of the project.

Upgrading of local infrastructure in conjunction with the local communities will also have to take place to support the planned increase in exploration and project development activities at the Nkombwa Hill project.

The next six months are also expected to see the start of the EIA work and report preparation.

Finally, the company aims to also achieve a resource expansion and for condemnation drilling to increase Jorc-compliant resources and assist with the location of the processing plant, mine offices and tailings disposal areas.